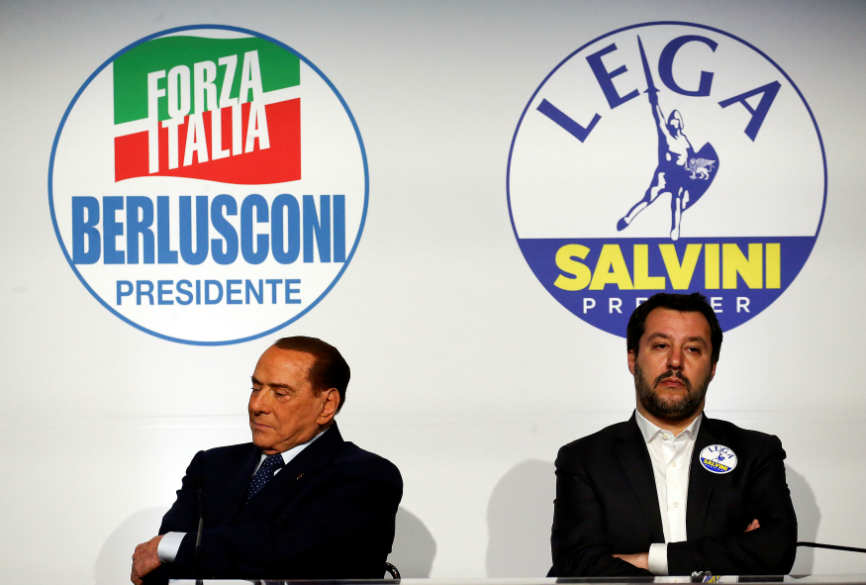 Forza Italia leader Silvio Berlusconi sits next to League leader Matteo Salvini during a meeting in Rome, Italy on 1 March 2018. REUTERS/Alessandro Bianchi.
After a couple of near misses last year, disruptive populist movements appeared on the brink of seizing power in one of Europe's biggest countries after Sunday's vote in Italy. The antiestablishment Five Star Movement and the anti-immigrant League are the frontrunners to lead the formation of a new government, though extreme fragmentation in the new parliament will make the process long and uncertain. Collectively, the two previously marginal parties captured just over half the vote, while support for traditional parties cratered.

The election results confirm that discontent with European elites and institutions, inflamed by unprecedented immigrant inflows and years of economic stagnation, remains elevated. Italy's populist leaders have promised to challenge the status quo, though they have backed away in recent months from some of their more drastic proposals, such as a referendum on Eurozone or EU membership. What they are ultimately able to achieve will depend to a large extent on the composition of the government that emerges from complicated coalition talks.

Here is a look at the key players and what they want:

Comedian and political satirist Beppe Grillo founded the party in 1999 with an agenda focused on battling the privileges and perceived corruption of Italy's political and economic elite. Now led by Luigi Di Maio, Five Star has recently signaled a willingness to ally with other parties if they would agree to support a Five-Star minority government. It has pledged expansive spending on a universal basic income and other anti-poverty measures that would add to Italy's already onerous debt burden and potentially prompt a clash with the EU over fiscal rules.

Its stronger-than-expected showing makes the party led by Matteo Salvini the senior partner in a right-wing coalition that won 37% of the overall vote. Formerly known as the Northern League, the party for many years advocated a split of the country's wealthy north from the poorer south before jettisoning the secessionist platform in 2013 and adopting virulent anti-immigrant, antiestablishment rhetoric. It has called for the expulsion of hundreds of thousands of recent arrivals from the Middle East and Africa. Italian and European elites view the possibility of a governing coalition between Five Star and the League as a nightmare scenario because of both parties' lack of experience in government or commitment to fiscal discipline and EU rules. Spending could quickly spiral out of control in the absence of a more moderate partner to restrain them.

Democratic Party
19% of the vote

The result was the worst ever for the ruling party, and its leader and former prime minister Matteo Renzi has said he will resign once a new government is formed. The poor showing for the center-left bloc and that of the conservative Forza Italia rule out the possibility of a so-called grand coalition of establishment parties. But the Democratic Party has emerged as a potential kingmaker in the first round of coalition negotiations: It has enough seats in parliament to allow the formation of a right-wing or a Five-Star-led government.

Forza Italia
14% of the vote

With its generally pro-business platform, Forza Italia was expected to be the dominant partner of the coalition of right-wing parties and help to limit the risk of conflict with the EU. Party leader Silvio Berlusconi—the octogenarian media tycoon and former prime minister who was forced from office amid a swirl of sex scandals and legal troubles in 2011—had tried to position himself as a safe pair of hands capable of tempering the excesses of his coalition partners. He has been relegated to a secondary role by the League's surge.

Brothers of Italy
4.1% of the vote

The neo-fascist party is another member of the right-wing coalition. Its leader, Giorgia Meloni, launched her election campaign in the company of Benito Mussolini's grand-daughter Rachele Mussolini. The party espouses anti-immigrant, anti-EU policies, as well as closer ties to Russia. 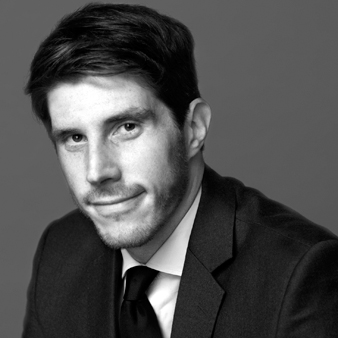