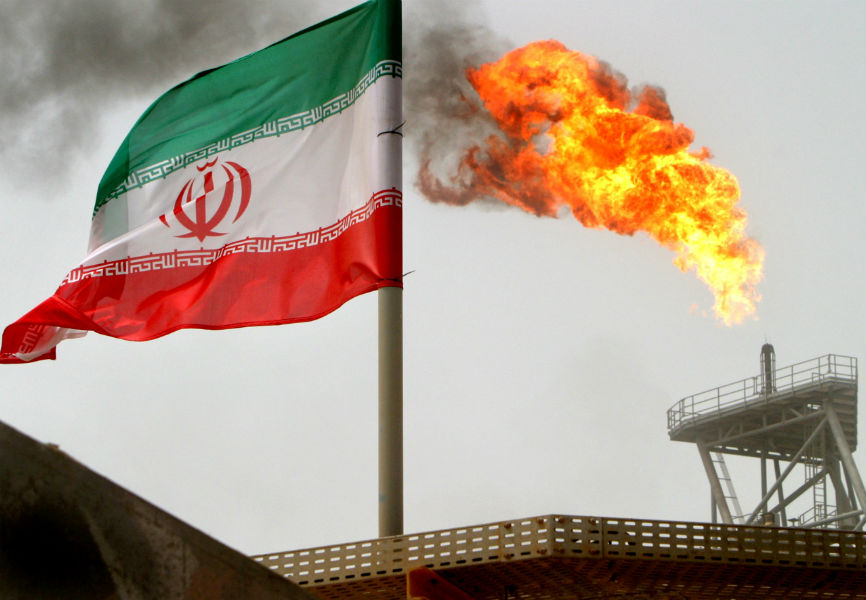 Iran's Soroush oil fields. REUTERS.
Global oil prices plunged on Friday, erasing a week of gains after the US said on Monday it would no longer issue waivers for Iranian oil imports. The administration's decision is likely to keep jostling oil markets as the waiver deadline approaches.

The big picture: The US allowed 8 countries to buy Iranian crude and condensate over the past 6 months. The State Department has declined to address whether it will allow a “wind down” period for purchases beyond the May 2 deadline, after which importers would be immediately exposed to sanctions.

What to watch: South Korea and Japan will likely end imports, while China and India will buy only low volumes of Iranian crude. Iranian exports may dip to around 500,000 barrels per day, a staggering collapse from the 2.3 million barrels per day it exported one year ago.

But, but, but: While Trump's plan may look good on paper, it leaves little margin for error in the case of additional oil supply disruptions, especially considering deteriorating conditions in Venezuela and the potential for disruptions in Libya. That's a recipe for further upward price pressure.

Between the lines: Iran also gets a say in all this, and the market may not have “priced in” the country's response. Robert Johnston is managing director for global energy and natural resources at Eurasia Group and a senior fellow at the Atlantic Council Global Energy Center. Henry Rome is an Iran analyst at Eurasia Group.

This originally appeared in Axios.