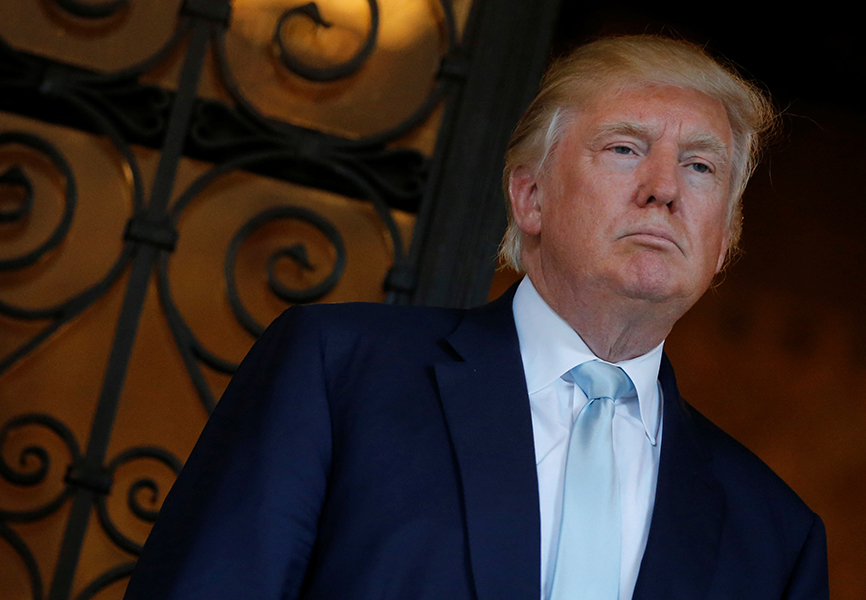 US President Donald Trump. REUTERS.
The Trump administration must decide by May 2 whether to allow Iran to continue exporting crude oil—a decision with huge implications for Washington's Iran strategy and the oil market.

The big picture: Since withdrawing from the nuclear deal last May, the US has steadily ratcheted up economic and political pressure on Iran. The core component of the Trump administration's “maximum pressure” strategy is reducing the Islamic Republic's oil exports, which provide a third of government revenues.

Where it stands: Before the US withdrew from the nuclear deal, Iran exported about 2.3 million barrels per day (bpd) of crude oil. In 2019, its exports have fallen to about 1.3 million bpd.

Yes, but: The Trump administration will not manage to bring Iran's exports to zero by May. The bottom line: There's more slack in the “maximum pressure” campaign than the administration wants to let on. Trump's team still has higher priorities, like reaching a trade deal with China, strengthening ties with India, and managing domestic gasoline prices.

Robert Johnston is managing director for global energy and natural resources at Eurasia Group and a senior fellow at the Atlantic Council Global Energy Center. Henry Rome is an Iran analyst at Eurasia Group.

This originally appeared in Axios.