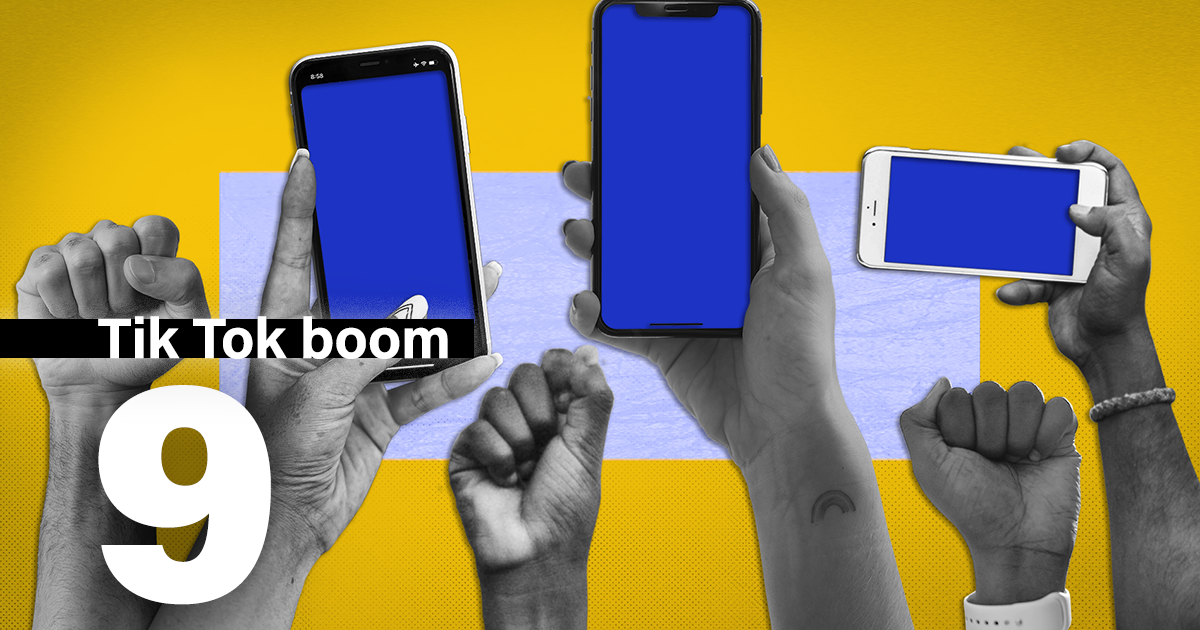 Born between the mid-1990s and the early 2010s, Generation Z is the first with no experience of life without the internet. Digital devices and social media have connected its members across borders to create the first truly global generation. And that makes them a new political and geopolitical force, especially in the United States and Europe. Gen Z has both the ability and the motivation to organize online to reshape corporate and public policy, making life harder for multinationals everywhere and disrupting politics with the click of a button.

Gen Z grew up as America's post-Cold War dominance waned, revealing leadership failures at home and abroad through a series of formative historical events: the 2008 financial crisis, the Arab Spring and the Syrian civil war, Brexit, Trump's election, the Black Lives Matter movement, the #MeToo reckoning, mass school shootings in the US, the Covid-19 pandemic, and now the Russia-Ukraine war.

The result is a generation radicalized by the turbulent nature of its times and the failure of leaders and existing institutions to respond. Gen Z has broader expectations, demands, and policy impulses than its predecessors, including a marked distrust of institutions and traditional channels of political change and economic achievement.

Not only is this generation the most racially and ethnically diverse in Western history, but its members are also more aware of systemic racism, gender issues, and economic inequality—and they accordingly lean heavily progressive. Many are natural activists willing to skip school or work to protest government policies on climate change, gun control, and social justice while demanding that educational and business institutions conform to their worldview. 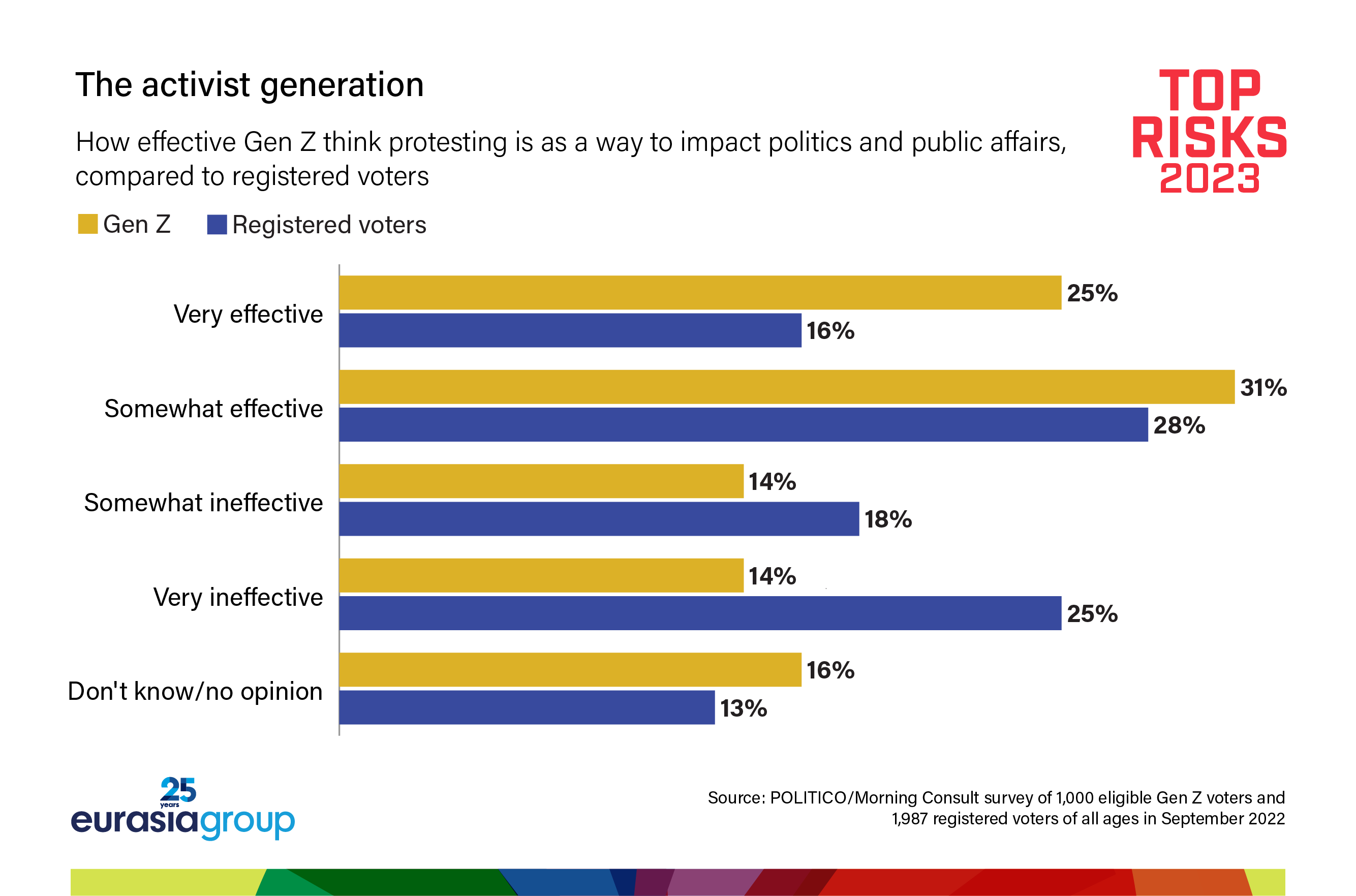 This generation is now coming of age, entering the workforce and political life. Gen Z currently makes up 30% of the world's population and is expected to comprise 27% of the global workforce by 2025. In the United States, Gen Z turned out in record numbers for the 2022 midterm elections, helping to hold off a Republican “red wave” by breaking in favor of Democratic candidates in swing states such as Pennsylvania and Michigan. And while its power at the ballot box will only grow, Gen Z's political influence already extends further owing to its outsized role in campaigns organized on social media.

Generational transitions often require corporations and governments to make significant institutional, strategic, and policy changes. When women entered the workforce during World War II, businesses were required to develop new workplace conditions better suited to childcare and family obligations. In the 1960s, baby boomers ushered in a period of radical social and political change. And more recently, millennials encouraged companies to think differently about issues such as mental health, leading to the adoption of new corporate services, benefits, and support systems.

Gen Z is redefining the workplace by pushing companies to incorporate fundamental changes in how they recruit, organize, retain, and develop talent; embrace new career paths and opportunities; foster genuine diversity and inclusion; and reevaluate their social, political, and environmental impact. As a result, corporations will feel unprecedented pressure to take sides in political and geopolitical debates, whether they like it or not.