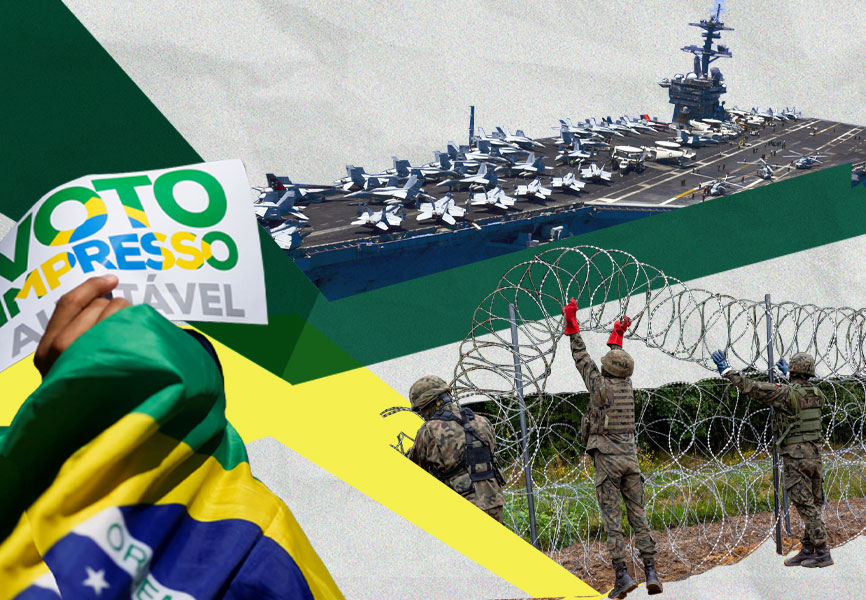 Cold War 2.0We keep hearing this argument: The US and China are locked in a new Cold War. It's wrong.

Hawks in the Biden administration and Congress want to accelerate the decoupling of the US and Chinese economies, but China is America's largest goods trading partner (two-way goods trade totaled $560 billion last year), and the two countries are bound together by highly complex supply chains. Plus, Wall Street is increasing its presence in China, and trade officials on both sides want to stabilize ties for the good of their own economies. True, the US is trying to pursue an “industrial strategy,” and China is turning inward with its “dual circulation” push. And the global big tech ecosystem is fragmenting. But Washington's economy and Beijing's are becoming more, not less, integrated overall.

Beijing's aggressive diplomacy has given US alliances a shot in the arm, particularly in Asia, but Washington can't marshal a coalition of democracies to contain China (and knows it). The West needs active relations with China in ways that were unimaginable with the Soviet Union. And the EU, in particular, wants no part of a new Cold War.

At the same time, Beijing remains diplomatically isolated. Even Russia has misgivings about China, which continues to expand trade and investment inroads into Central Asia. Countries caught “in the middle” have to—and will—engage extensively with both the United States and China. And while Washington and Beijing will sometimes point fingers and shake fists at one another, both sides know the other isn't headed for Soviet-style collapse. 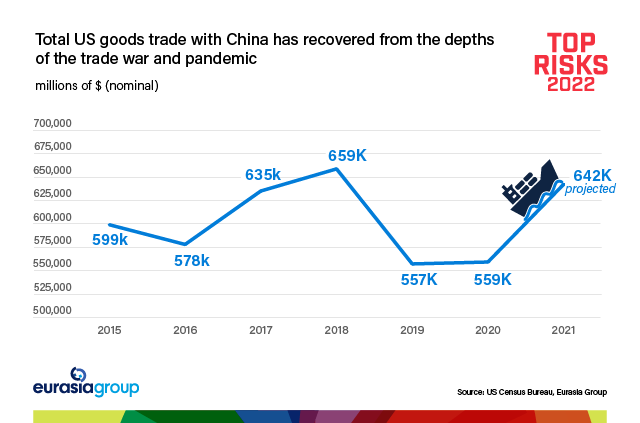 Fears that China will soon invade Taiwan have reached a fever pitch. Xi has said that his country's “great rejuvenation” is predicated on Taiwan's reunification with the mainland, China conducted a record number of sorties into Taiwan's airspace last year, and the cross-strait military balance is moving in Beijing's favor. But it's not just China that's inflaming cross-strait tensions. Biden invited Taiwan's digital minister to participate in his democracy summit in December, broadened cooperation on a range of issues, and repeatedly said that the US would defend Taiwan in case of a Chinese attack. While administration officials have quickly stressed each time that Washington's policy remains one of “strategic ambiguity,” Biden's statements and actions make China nervous. And top US military officials increasingly treat a Chinese move on Taiwan as a matter of when, not if, further upping the ante.

But there are four reasons to take a breath. First, Xi is not saying anything new. Each of his predecessors said that China would never accept an independent Taiwan. Second, China has not come close to doing what it did during the Taiwan Strait Crisis of 1995-1996: fire short-range ballistic missiles into waters close to Taiwan. Third, neither Washington nor Taipei is approaching Beijing's red lines: The US is sticking with the “One China” policy, and Taiwan is not going to declare independence. And some (albeit limited) stress-testing of those red lines supports strategic stability. Fourth, were China to attack Taiwan, it would risk a humiliating military defeat, devastating economic sanctions, and sweeping diplomatic isolation.

If you're a leader of China for life who thinks long term, why act rashly? Better to wait for the military balance to swing further into your favor—as it will over time—or for a major political crisis in the US that distracts Americans or a new US president who's unwilling to fight for Taiwan. That way you can change the political map without firing a shot. Xi understands and can afford to bide his time.

Beijing will continue intimidation of Taipei ahead of the 20th Party Congress this fall, while the United States will continue to increase its military footprint and diplomatic commitment in the region. Neither country will risk war over Taiwan.

This year will be an extraordinary one for politics in Brazil. President Jair Bolsonaro's popularity will sag as the economy worsens, making Luiz Inacio Lula da Silva the favorite to win October's presidential election. Expectations of a Lula victory will unsettle markets, given his promises for higher state spending, and a desperate Bolsonaro will challenge the legitimacy of Brazil's democratic institutions. But worries that democracy in Brazil is at risk or that Lula will make a radical turn to the left that triggers a financial crisis of confidence are both overstated.

Bolsonaro is highly likely reach a runoff against Lula. Facing the prospect of defeat, he will intensify his attacks on Brazil's courts, media, and electoral process itself to keep his base mobilized and burnish his antiestablishment credentials. If he loses the election, he will probably challenge the results and allege the election was stolen. We've seen this story before.

Brazil's democracy isn't at risk. Brazil's democratic institutions are entrenched and strong. The judiciary, governors, congress, and the media are independent and will check a rogue effort to overturn an election result. The military won't follow any attempt by Bolsonaro to defy the election results, and the Federal Supreme Court has taken steps to cut funding for pro-Bolsonaro online groups that have fueled previous mobilizations.

Lula, meanwhile, will take a pragmatic turn on economic management if (when) he wins. The likely pick of a centrist running mate for Lula—former Sao Paulo governor Geraldo Alckmin—is a clear sign of what is to come. Lula will have to deliver on promises for more spending but will compensate with higher taxes and a new fiscal rule. Given a very high debt and tax burden, that isn't good news. The result is lackluster growth and a very difficult third mandate. But the country isn't headed for political or economic collapse.

As the locals say, Brazil isn't for amateurs. Don't get suckered. 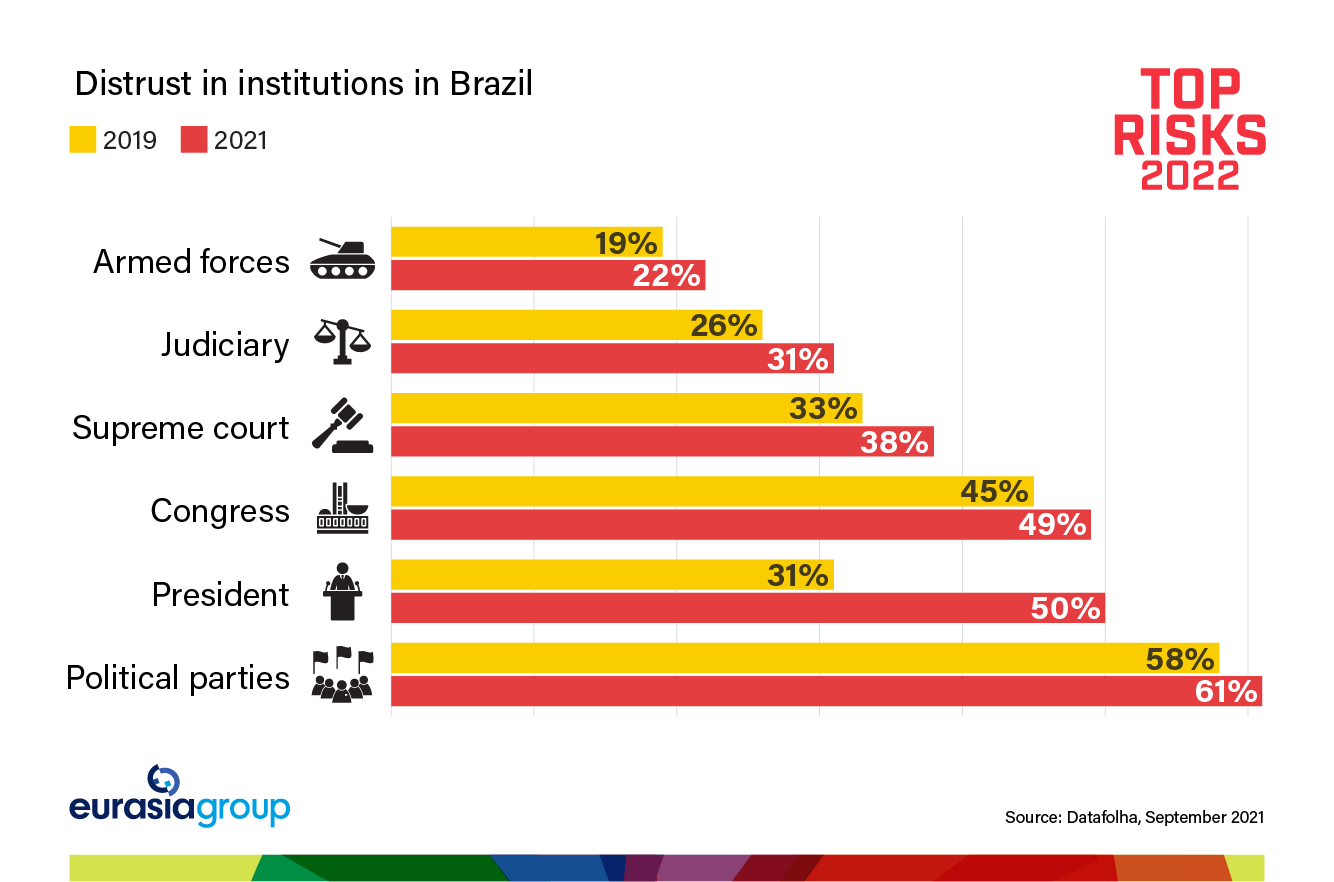 MigrationIn 2022, there will be no shortage of Middle Eastern and African migrants seeking to reach Europe's shores. But this year won't bring a repeat of the 2015 migrant crisis.

There is no appetite in Europe to open the door to large numbers of migrants as in 2015. The EU has managed to cut irregular arrivals by roughly 90% from its 2015 peak. But even that is not enough for some member states. Europe will act aggressively (and collectively) to keep out would-be illegal migrants and bolster its ability to do so.

Brussels will cut deals with transit countries, seeking to replicate the success of the 2016 EU-Turkey migration pact. The EU response to recent migratory pressures stemming from Belarus sets the example. Europeans engaged countries across the Middle East and beyond, deployed sanctions, and provided financing to halt the arrival of migrants and repatriate those stuck outside its borders.

And EU members at the frontlines of inbound migration will unilaterally toughen border enforcement to prevent and deter arrivals. EU capitals will either actively support or turn a blind eye to harsh measures, even when they violate migrants' rights and contravene international treaties.

Migration remains a politically sensitive issue across the EU. We'll certainly see alarmist headlines. But another refugee crisis is not in the cards. 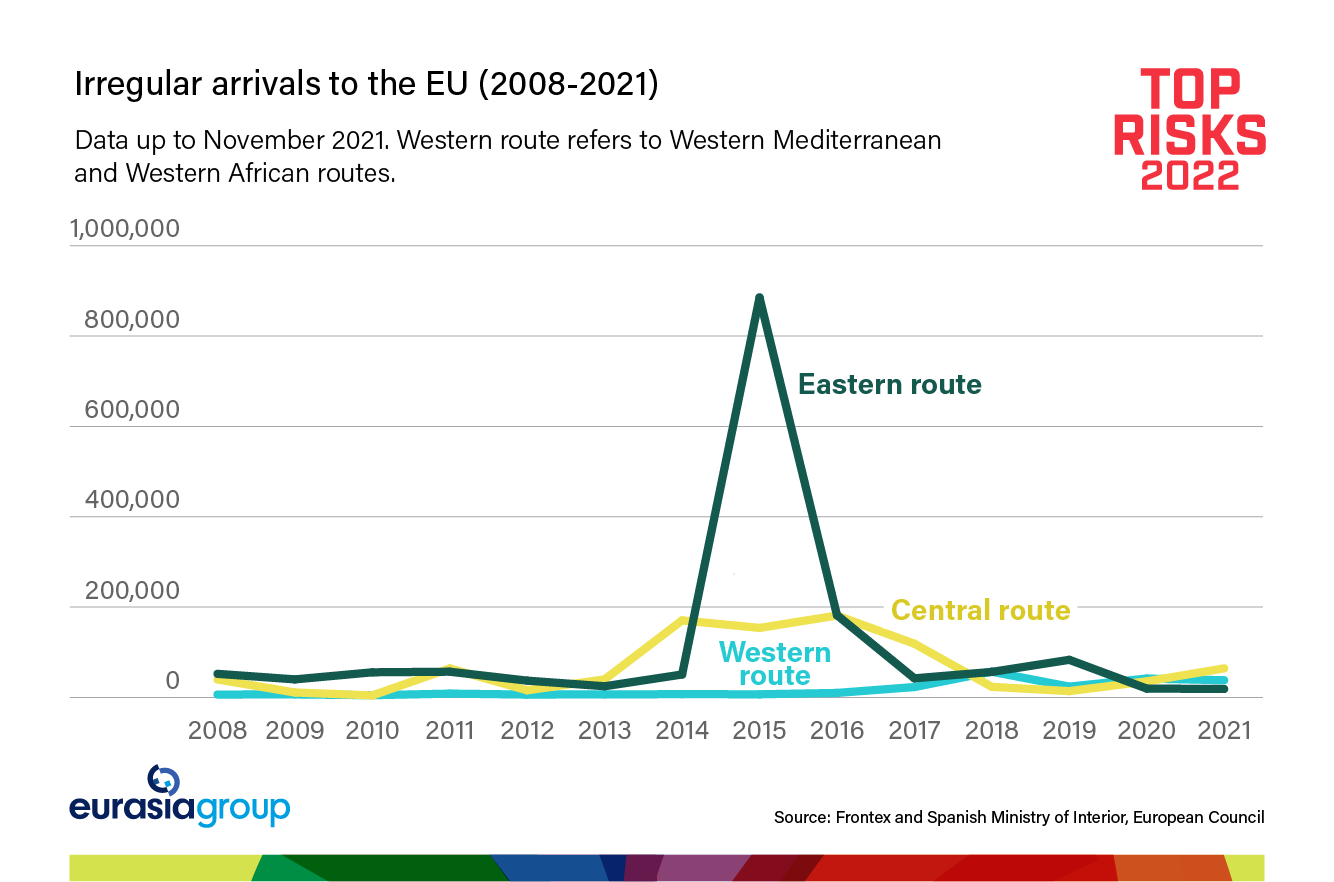