Eurasia Group | The US tees up auto tariffs

The US tees up auto tariffs 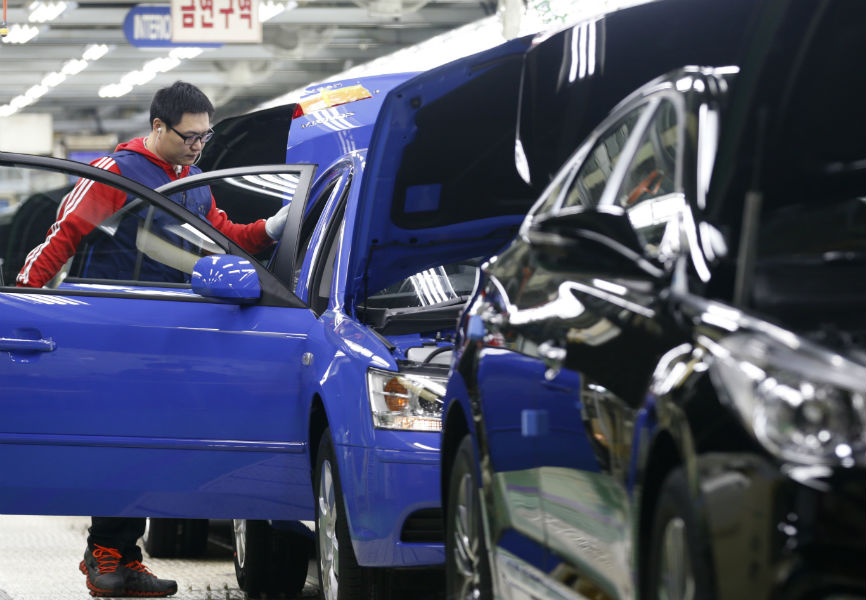 Worker at a Hyundai factory in South Korea. REUTERS.
President Donald Trump's administration is likely to open a new front in its global trade war by slapping tariffs on automotive imports in the coming weeks. The Commerce Department is expected to make recommendations on measures to protect the US auto industry as early as Sunday, and Trump will have 90 days to make a decision after that. Commerce is expected to highlight the need to safeguard technological innovation, among other aspects of domestic auto production. Eurasia Group explains the aims of the tariffs and some of their possible consequences.

What do the measures have to do with geo-technology?

Today's cars are brimming with technology, from back-up cameras and road-sensing systems, to collision-avoiding cruise control and newfangled electric engines powered by lithium-ion batteries. In recent years, carmakers around the world have been investing billions of dollars in high-tech hardware and software and partnering with technology firms to gain a competitive edge as driverless cars start to make the leap from fantasy to commercial reality over the coming decade.

The line between the auto sector and the tech sector will blur further as cars incorporate more advanced sensors and hook up to next-generation 5G data networks, whose high data speeds and rapid response times will enable an entirely new wave of connected-car technologies—including the first truly autonomous vehicles that replace human drivers with decisions made by artificial intelligence running in the cloud.

These technology shifts will create huge opportunities for the companies that can master the next wave of innovation, but they're also creating new threats. In cybersecurity, for example, connected vehicles make tempting targets for malicious hackers. More broadly, we'll encounter issues of economic security, as governments fret about the competitiveness of their domestic auto sector or the fate of millions of truckers or cab drivers who could soon one day be replaced by driverless technologies.

What is the US auto industry's best-case scenario as Commerce prepares to release its report? Worst-case?

The US automotive industry unanimously opposes the Trump administration's push to slap tariffs on automotive imports and assumes that Commerce's investigation is more of a procedural box-checking exercise than an open-ended inquiry. But there is a wide range of possible findings. The worst-case scenario for the industry—with its multitude of products and globally integrated supply chains—would be a blanket tariff across the entire sector, from cars to digital parts. The best-case scenario would be a low tariff rate applied to only targeted sub-sectors, with exemptions given on an individual basis to major exporters like the EU, Japan, Canada, Mexico, and South Korea.

It's not only the potential implementation details, but the prevailing uncertainty regarding the duration of the tariffs that worries manufacturers. As it was for renegotiating NAFTA, a major unknown is what will be required for Trump to declare victory. He wants to use action on autos in part to force concessions from the EU and Japan in trade talks. But using autos to, for example, open new agriculture markets will require a long time, as the pushback will be significant.

The 2020 presidential election may affect decisions. The likelihood of concluding deals before November 2020 is low. But the level of potential disruption caused by impairing auto trade may be high, and some of it will be felt by states Trump won in 2016.

What will be the impact of the tariffs on US trading partners?

Though the US is expected to go forward with the measures, their initial impact will be blunted by exemptions for many of the world's top exporters of autos and auto parts. Canada and Mexico have carve-outs enshrined in the new United States-Mexico-Canada Agreement that replaced NAFTA, and South Korea believes it does too in its recently renegotiated trade pact with the US. The EU and Japan are on somewhat shakier ground. Though both currently have promises of exemptions, these are conditioned on progress on broad trade talks that have not yet begun. The Trump administration is expected to wield the threat of tariffs to extract maximum concessions.

Tariffs are a particularly sensitive issue in Japan, given the outsized importance of its auto industry and the proximity of local elections in April and elections for the upper house of the Diet in July. The best-case scenario for Japan would be that Trump decides not to threaten—let alone impose—tariffs on Japanese autos and auto parts because he assumes the two sides will work out their differences by concluding a bilateral trade agreement. The worst-case scenario is one in which Trump slaps tariffs on Japan this spring, exposing Prime Minister Shinzo Abe to criticism that his efforts to develop a warm personal relationship with Trump have produced no concrete benefits and aggravating concerns about the Japanese economy's trajectory. Abe's government is busily preparing to implement a consumption tax rate increase on 1 October this year, and a large external shock to Japan's automobile industry would weaken confidence among businesses, consumers, and investors in the economy's ability to weather the hike.