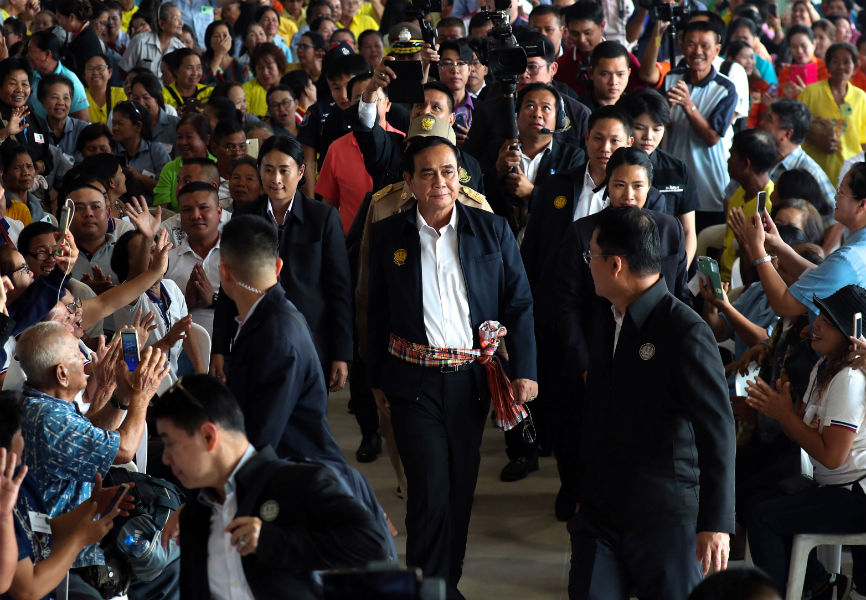 Prime Minister Prayut Chan-o-cha. REUTERS.
Thai voters will head to the polls Sunday to elect the 500 members of the country's House of Representatives. Together with the 250 members of the Senate appointed by the military, they will elect the country's next prime minister and head of government in May or June. Eurasia Group expert Peter Mumford explains what to expect in an electoral process the junta is billing as a return to democracy.

Why is the junta holding elections?

The junta's goal is to restore Thailand's domestic and international credibility, but in a way that maintains its grip on power (the latter appears to be much more important to the junta than the former). Following the 2014 coup, the junta was eschewed by Western countries, which put pressure on it to return the country to a democratically-elected government; though as it became apparent that the junta would be in charge for several years, most Western countries softened their stance. Similarly, the junta has come under domestic criticism for its repeated failure to hold promised elections, including from members of the establishment who have traditionally been closely aligned with the military but whose patience has worn thin. The junta has repeatedly delayed elections to ensure it has stacked the odds in its favor as much as possible.

Will the military still be in control after the elections?

It is very likely that the military will either directly or indirectly control the next government. The junta hopes that its proxy political party Palang Pracharat and its allies, along with the 250 junta-appointed senators, will be able to secure the premiership for current Prime Minister Prayut Chan-o-cha or another pro-junta/pro-establishment figure. Even if that fails, the military will be able to control the next government indirectly. As with the selection of the next prime minister, key national reforms will have to be approved by a majority of combined votes of the House and Senate; this will enable the junta-appointed senators to block measures they oppose. In addition, the military's long-term National Strategy document sets out broad objectives and parameters that any future government must follow (and is open to subjective interpretation). It is important to note though that there are nuanced differences between the junta and the military; if the political situation gets very messy and there is social instability, it is possible that there will be a military coup that removes the current set of junta leaders and replaces it with another.

Is there any electoral outcome that could challenge that control?

If pro-democracy parties collectively secure 376 or more of the House's 500 seats then they would in effect be able to override the 250 junta-appointed senators and secure the premiership. This currently seems very unlikely (though possible), as it would require anti-junta parties far exceeding electoral expectations as well as the military not interfering in ballot counting and/or not disqualifying any of the pro-democracy parties before or after the election. Even in the unlikely event that pro-democracy parties secure 376 or more seats, that would still not be sufficient to change the constitution and remove the guardrails put in place by the military, including the National Strategy document. To do so would require at least a third of the senators voting for constitutional change as well. Moreover, the military would likely prevent such a scenario, including by staging another coup.

Is there a risk of violence or instability?

The more the playing field seems to be tilted in the junta's favor, the greater the risk of social unrest. If more pro-democracy parties are disqualified, especially the popular Future Forward, significant protests are possible. They could also be triggered if there is a perception that vote counting was heavily rigged and/or pro-democracy parties secure an overwhelming majority in the House but are then deprived the premiership by the junta-appointed senators. However, there is currently little appetite on either side of the political divide for a repeat of the chaos and economic disruption caused by previous bouts of political fighting, and many anti-junta politicians are playing a long game. Moreover, the military will remain in full control of the country until (and possibly after) the next government has formed, reducing the risk of economically destabilizing social unrest. Still, emotions could spiral out of control if the junta overplays its hand. If the risks of social instability rapidly increase, it is also possible that the palace will intervene and put pressure on the junta to reach a compromise with pro-democracy parties and form a national unity government, or even let them lead the next government. Alternatively, the military could use social unrest as a pretext for another coup and nullify the election results. 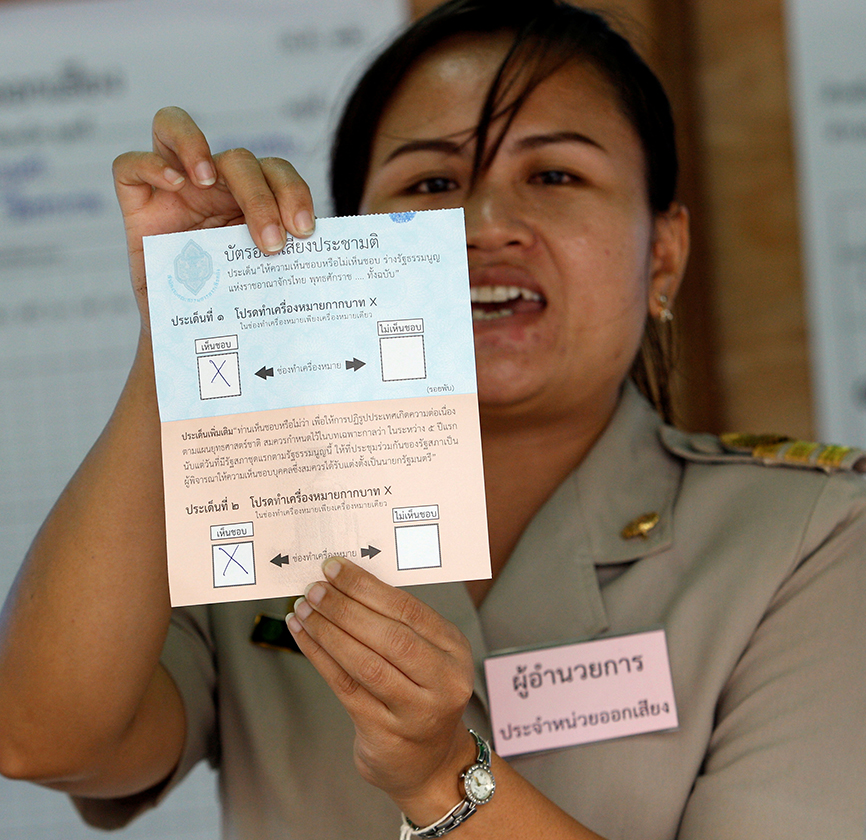 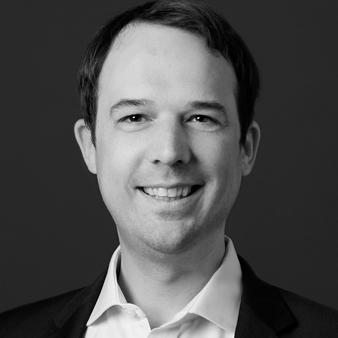 As head of Eurasia Group's Southeast Asia coverage, Peter helps clients navigate this dynamic region that offers enormous opportunities but is very diverse and requires a detailed understanding of complex, changing political and regulatory systems to ensure success. He is based in the Singapore office. Prior to joining Eurasia Group, Peter spent 15 years as a British diplomat working with governments, international institutions, and the private sector across Asia. Most recently, he spent more than four years based in Southeast Asia leading the UK government's political economy analysis of developments across the region.