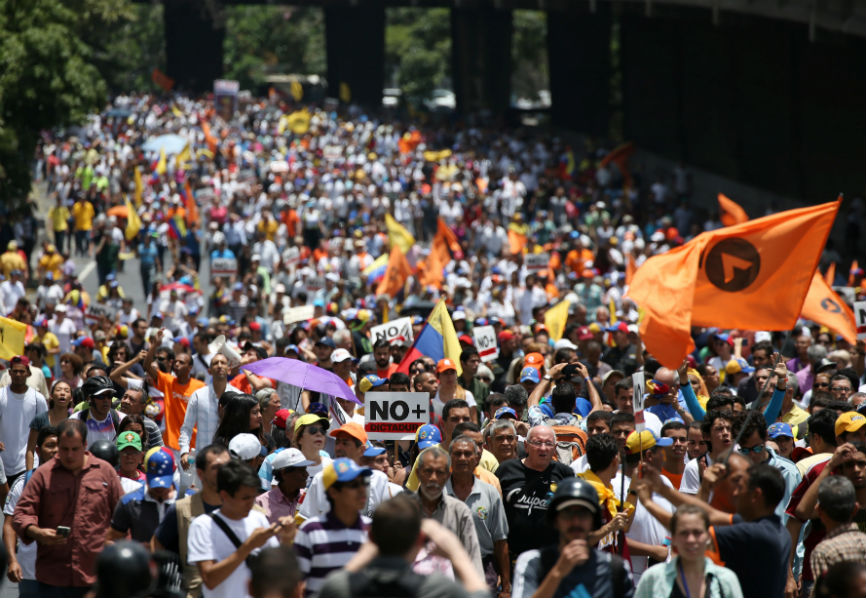 Venezuelans protest against President Nicolas Maduro in Caracas. REUTERS.
In recent days, Venezuela has seen a renewed outbreak of massive street protests and international recognition for a parallel government. The political transition needed to put an end to citizens' prolonged suffering now seems a little closer.

But President Nicolas Maduro's regime retains the backing of a key stakeholder: the military. Senior commanders have publicly reiterated their support for the government and security forces have vigorously cracked down on the largest demonstrations since 2017. Local NGOs estimate 18 people have been killed in the past few days.

In some ways the incentives may have increased for the military to dig in its heels given the increased international involvement, which many officers fear heightens the risk that they could be held accountable for crimes committed in defense of the regime. Opposition leaders are offering amnesties, but their credibility will depend on international guarantors.

Sustained unrest, however, could force the military to change its calculations. Rumors of disaffection in the ranks are indications that cracks could be forming, and if soldiers are called on to kill more and more of their countrymen to sustain the regime, there could be a breakdown in the chain of command or a change of heart for military leaders.

There are signs that the most recent outbreak of unrest is broader-based than past episodes. It has spread to neighborhoods on the outskirts of Caracas that have been traditional bastions of support for chavismo, the political movement formed by previous president, the socialist Hugo Chavez. Though isolated protests had occurred in these areas in the past, they were tied to shortages of food, medicines, and other basic goods amid the country's economic meltdown. Now they are specifically targeting the government.

Moreover, a more united opposition under Juan Guaido, the 35-year-old leader of the National Assembly, could give the protests more staying power. Guaido belongs to a new generation of opposition politicians that is pushing the fractious old guard to the sidelines and has declared Maduro an illegitimate ruler after winning reelection last year in a vote widely seen as rigged.

Guaido has offered himself as an interim president to take charge of a transitional government, and the US and a long list of other countries in North and South America have recognized him as Venezuela's new head of state. Significantly, these include countries with center-left governments, in addition to the right-wing governments that have long been critics of Maduro and Chavez.

The pressure the international community brings to bear will have an important role to play. President Donald Trump's administration, at the urging of Senator Marco Rubio and with an eye on the important bloc of Florida voters who are opposed to the Venezuelan regime, is hardening its approach. More economic sanctions are expected, whether an expansion of December's executive order targeting the mining sector, or targeted oil sanctions. A blanket ban on Venezuelan oil imports is still on the table, though that is seen as a punishing, last-resort measure.

Over time, these trends could lead to crumbling military support and Maduro's ouster. But for now, he's retaining his grip on power. 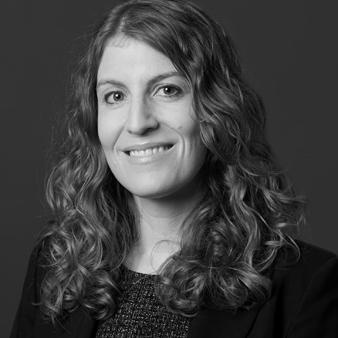 Risa Grais-Targow leads Eurasia Group's coverage of Venezuela, Ecuador, Central America, and the Caribbean. In this capacity, she helps clients to understand riskier markets that are often characterized by opaque institutions and volatile politics. She worked closely with clients to help them navigate the post-Chavez era in Venezuela, including the prospect for meaningful economic reform and the government's commitment to servicing its debt amid rising liquidity constraints. She is currently focused on Venezuela's deepening economic and political crisis and the preferences of key stakeholders.