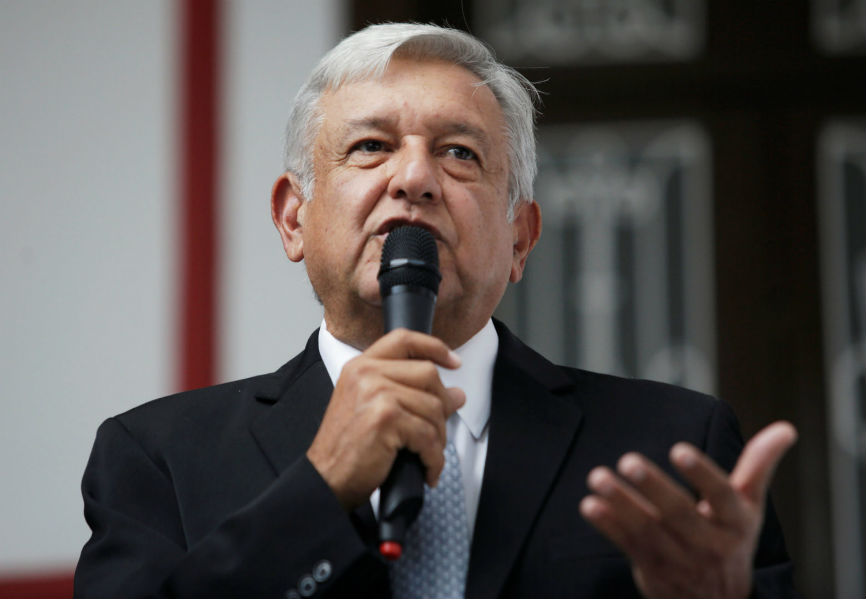 1. Governance style. Following the sweeping victory for Lopez Obrador and his Morena party in July's general elections, the 65-year-old leader will have the political capital to enact almost any policy he desires. Preparations for several constitutional amendments are likely to start soon. Lopez Obrador's overriding political objective is to go back to the model of governance in place in Mexico before a series of technocratic and business-friendly reforms were begun in the 1980s. In the old model, decisions were highly centralized in the executive's hands and all major public and private players were subordinate to the office of the president. This means cabinet members will play a marginal role in policymaking in Lopez Obrador's government, focused mostly on implementing his plans and priorities, but without much room to influence his decisions. This will likely lead to a rocky start for the incoming government, as the effectiveness and capacity of the public administration will be significantly diminished. Mexico, compared to many other emerging markets, has created a sophisticated administration (at least for economics issues) that has provided certainty and continuity to policymaking. This will drastically change under Lopez Obrador, raising uncertainty and the likelihood of negative economic consequences.

2. Trade and economic policy. Lopez Obrador has an interventionist agenda with clear priorities. His main focus is on aggressive social and infrastructure spending plans that he argues will be financed through efficiency gains and budget reallocations. But the plans likely pose a threat to fiscal stability—when push comes to shove, he will probably prioritize spending over fiscal responsibility. He is also focused on changing the orientation of energy policy, moving away from current efforts to open the sector to more private enterprise and strengthening the role of state-owned oil company Pemex instead. He wants to have more control over sectors such as mining and agriculture too, and given the erratic behavior of some members of his legislative coalition, interventionist proposals will likely begin to emerge in banking, pensions, and natural resource industries. Financial markets—with their power to influence governments by limiting access to financing—will be the main constraint on policies perceived as unfriendly to investors. But Lopez Obrador's decision to cancel the new Mexico City airport shows he is willing to buck the investor consensus. On trade, ratification of the US-Mexico-Canada Agreement by Mexican senate seems likely. Lopez Obrador will not actively get involved in foreign policy and thus would prefer to have this matter settled without much noise. That said, delays in the ratification process in the US might spill over into Mexico's.

3. Crime and violence. Deteriorating security conditions are perhaps Lopez Obrador's greatest challenge. This year is on track to be the most violent on record, with recorded homicides expected to reach 120,000 during President Enrique Pena Nieto's six years in office (up from 100,000 under his predecessor Felipe Calderon), according to data from the Interior Ministry. Yet Lopez Obrador's security strategy seems to be largely a continuation of those of the past two administrations, with an increasingly heavy emphasis on militarization and a combination of general prevention programs, an amnesty program, and some legalization of drugs (a bill to legalize marijuana is already under way in congress). The strategy fails to address root causes of the crisis such as a weak judiciary and local police forces. Moreover, tensions remain with the US on this issue, as well as on migration; some level of confrontation with President Donald Trump is likely, which would further complicate matters.

Broadly speaking, Lopez Obrador will move forward decisively to expand the role of the state across many spheres of life in Mexico. The new president himself—not members of his cabinet or legislative coalition—will have the last word on policy decisions. Lopez Obrador has a tremendous amount of political capital to advance his agenda, but over time a failure to meet sky-high expectations (on corruption, security, and the economy) could turn the tide against him. Still, the changes he is able to implement, at least in the first half of his term, will bring a new era of volatility and uncertainty to Mexico.

Trump’s reelection bid faces headwinds such as coronavirus, economic woes
SUBSCRIBE TO SIGNAL
LOUD WORLD. CLEAR SIGNAL. Signal is a newsletter on international affairs produced by GZERO Media four times a week. No jargon, no nonsense, no noise. Signal is a product of GZERO Media, a Eurasia Group company.