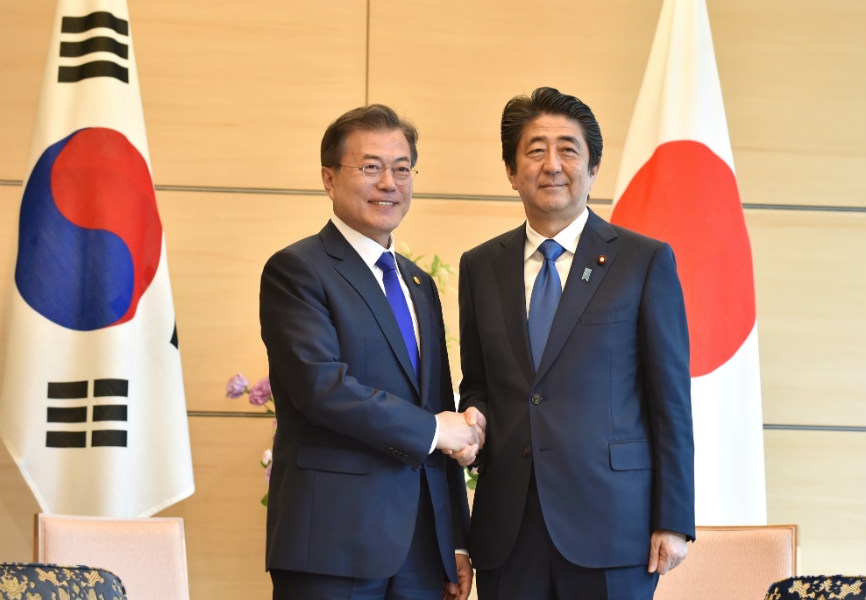 South Korean President Moon Jae-in and Japanese Prime Minister Abe Shinzo. REUTERS.
The US-China trade war is inflicting the most damage to the global economy, but it's the trade spat between Japan and South Korea that signals the larger troubles ahead for the world.

South Korea's Supreme Court ruled in late 2018 that a number of Japanese companies must compensate a group of South Koreans (or their descendants) who were forced to work for them during Japan's occupation of the Korean Peninsula from 1910 to 1945. Japan argues that all such claims were settled by a 1965 treaty between the two sides. South Korea's Supreme Court disagrees, and President Moon Jae-in's administration insists that it has no authority to tell the country's independent judiciary to reverse the ruling. Frustrated with the proceedings and determined to put pressure on Moon's government to intervene in some way, Japan strengthened restrictions on several high-tech exports to South Korea in July and downgraded South Korea's status as a trusted trading partner in August. South Korea returned the trade fire, and suddenly two of Asia's largest economies were locked in a trade war.

There is not much love lost between Japan and South Korea. Nearly 75 years after World War II ended, the two sides continue to argue over the issue of how much, how often, and in what form Japan should appropriately atone for its past transgressions. But what makes this recent round of historical finger-pointing worrisome is the speed with which trade was roped into this fight and how effective it has been in satisfying public outcry. Boycotts have already erupted; in South Korea, sales of Japanese beer and cars have tumbled precipitously. At the end of the summer, nearly seven in 10 Japanese supported the tech trade restrictions slapped on Seoul; more than half of South Koreans approved of how Moon's administration was dealing with Japan.

With numbers like these, it's unlikely that either Moon or Japanese Prime Minister Abe Shinzo will make the first move toward reconciliation (as each is demanding of the other). On 1 October, Seoul accused Tokyo of sitting on the approval of a Japanese firm's request to send a shipment of liquid hydrogen fluoride—critical in building semiconductors—to South Korea, fueling worries over tech supply chains. In August, the trade war even spilled over into security as Seoul announced that it would not renew an intelligence-sharing pact with Tokyo, to the dismay of the US.

Not that Washington can say much about it these days. After all, it was the US that decided to bundle a host of other disputes it had with the Chinese into a trade fight—not to mention threatening to increase tariffs on Mexico unless it beefed up border security—setting a troubling precedent for those once wary of doing the same. Trade has become an acceptable weapon in a country's diplomatic arsenal; in August, French President Emmanuel Macron threatened to upend the EU-Mercosur trade agreement over Brazilian President Jair Bolsonaro's refusal to deal with fires in the Amazon rainforest. With the US decision to stop playing a global leadership role and mediating disputes, the world will face more grievances between countries that roil economies and trade.

This article originally appeared in the 14 October 2019 issue of TIME. To learn more, read Volatile politics rattle the global economy. 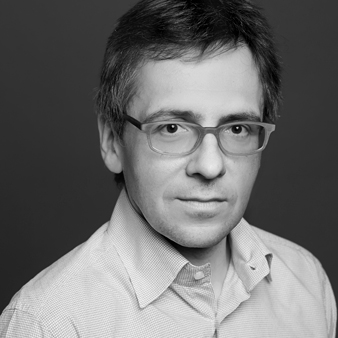