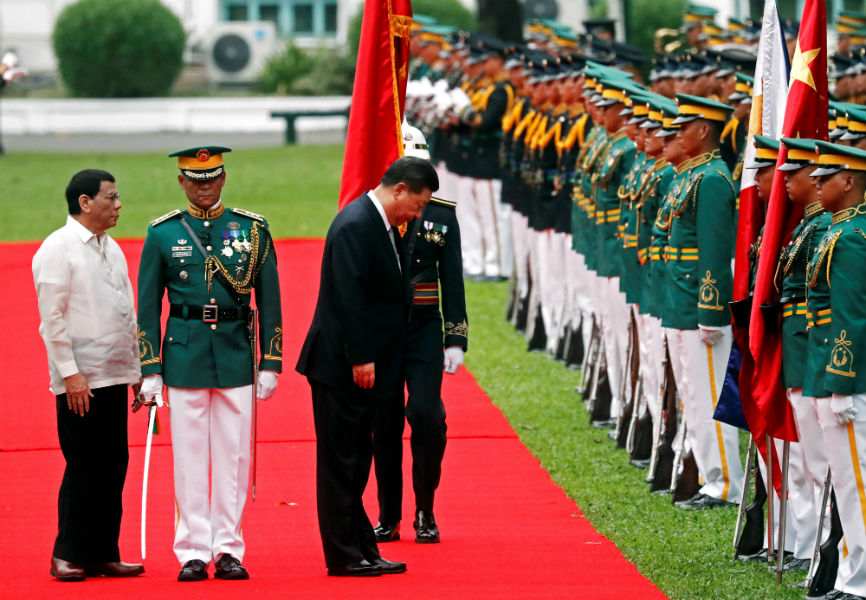 Visiting Chinese President Xi Jinping bows before the Philippine and Chinese national flags as he reviews the troops with Philippine President Rodrigo Duterte at the Malacanang presidential palace in Manila, Philippines, November 20, 2018. REUTERS/Erik De Castro
China's Xi Jinping this week is making his first official visit to the Philippines since President Rodrigo Duterte took office in 2016. Eurasia Group expert Peter Mumford explains the significance of the trip for relations between the two countries, as well as for broader geopolitical dynamics in Southeast Asia.

What are Xi and Duterte discussing?

The two leaders' teams Tuesday finalized agreements on several Chinese-backed infrastructure projects in the Philippines, including the loan terms for a dam and an exchange of initial contracts on a major north-south railway. However, most of the infrastructure announcements were relatively vague. Duterte has been promised about $9 billion of infrastructure investment by China, though only a few small projects have begun construction (and only recently). The president needs to show his pivot to Beijing is bringing economic benefits to the Philippines—the announcements made during Xi's visit may at least help Duterte demonstrate that some progress is being made.

The two countries also signed a memorandum of understanding on joint oil exploration in the South China Sea, though a detailed agreement on how to take this forward will take more time given the sensitivities surrounding it.

How has Philippines policy toward China changed under Duterte?

For China, Duterte has been the gift that keeps on giving. His election led to the Philippines dropping its territorial claims in the South China Sea despite a ruling in the country's favor in its long-running dispute with China by an international tribunal in The Hague. Duterte's abrupt U-turn on this issue has been accompanied by a distancing of his country from the US, a longstanding ally.

The problem for Duterte, who is both ideologically and pragmatically drawn to China, is that the Philippines' military as well as its broader population is predominantly pro-US and wary of China. They have reluctantly given the popular president a chance to prove that his pivot to Beijing will deliver for the Philippines; but to date he has little to show for it, which risks gradually eroding his public support—hence the importance of Xi's visit.

How have relations evolved between China and Southeast Asian countries more broadly?

Along with Vietnam, the Philippines had been one of China's main antagonists in the region. Duterte's pivot away from the US and toward China has shifted the consensus within the ASEAN bloc to one that is more pro-Beijing. China hopes that joint oil exploration with the Philippines will eventually set a benchmark for collaboration with other countries in the region; taking the heat out of the issue and helping to justify China's expanding military presence. In addition, the Philippines will be charged with coordinating ASEAN's relations with China over the next two years.

This evolution has enabled some progress with negotiations on the code of conduct for the South China Sea, though it is unlikely that ASEAN will be able to achieve its main objective, which is to make the code legally binding.

Meanwhile, China's flagship Belt and Road Initiative (BRI) development strategy is facing increasing challenges in the region. After substantial inroads made in Malaysia, Mahathir Mohamad's surprise election as prime minister in May led to the delay or cancellation of many planned Chinese projects in that country. Elsewhere, progress on Chinese infrastructure projects has been patchy, given the reluctance of host countries to acquiesce to all of Beijing's demands and to disagreements over financing terms. It is therefore also critical for Beijing that Xi's visit to the Philippines leads to more progress on infrastructure projects there, so that China can point to a BRI success story.

How has US policy affected geopolitics in the region?

Amid rising tensions with China, the US's increased focus on South China Sea issues has offered reassurance to the Philippine military, which adds to pressure on Duterte to demonstrate that his China pivot is benefiting his country. To pave the way for Xi's visit, Duterte decided that the Philippines would not participate in upcoming US-led military exercises in the region but would join Chinese-led ones. However, it is likely that after Xi's visit Duterte will quietly allow renewed close cooperation with the US, as occurred during the terrorist siege in Marawi, Mindanao last year. The Philippine military anticipates a fuller schedule of joint activities with its US counterparts in 2019. China is using US reengagement as an excuse to drag its feet on code of conduct negotiations, though these talks already faced challenges.

On infrastructure development, Washington's recent criticism of the BRI and proposals for increased US support for infrastructure spending in the region do not really change the dynamics in this space, which will remain largely dominated by the competition between China and Japan for economic and strategic influence. 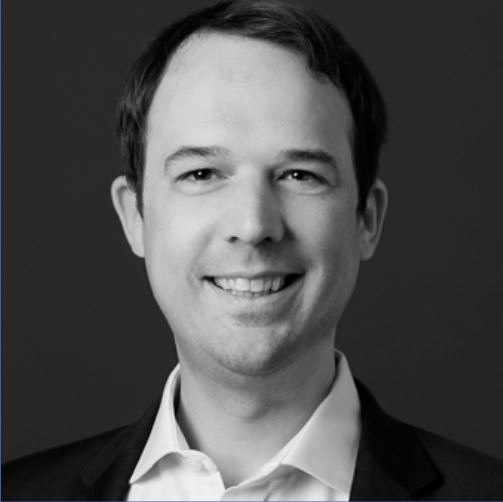 As head of Eurasia Group's Southeast Asia coverage, Peter helps clients navigate this dynamic region that offers enormous opportunities but is very diverse and requires a detailed understanding of complex, changing political and regulatory systems to ensure success. He is based in the Singapore office.