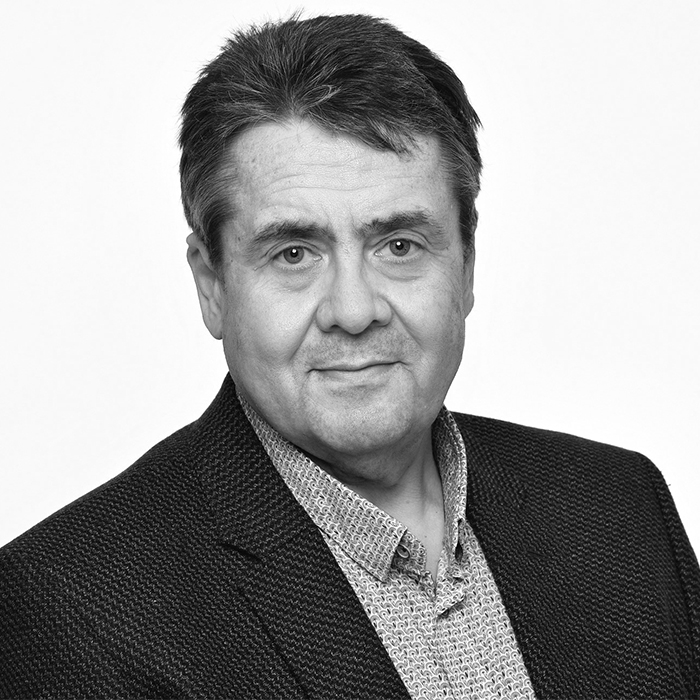 A former German vice chancellor and foreign affairs minister, Sigmar Gabriel has been active in politics since 1976, when he joined a socialist youth organization. Later he joined several trade unions and the Social Democratic Party of Germany (SPD), attended the University of Goettigen, and qualified as a high school teacher. In the 1980s, Gabriel assumed various responsibilities in adult education and was elected to Lower Saxony's parliament. In the following decade, he was the environmental committee chairman in Lower Saxony's parliament and a member of the SPD executive committee. He served as prime minister of Lower Saxony from 1999 to 2003, and then was elected to Germany's lower house of parliament in 2005, assuming the post of environmental minister the same year. In representation of the Salzgitter-Wolfenbuettel district, Gabriel held the position of SPD chairman from 2009-2017. He served as economy and energy minister from 2013-2017, vice chancellor from 2013-2018, and as foreign affairs minister from 2017-2018.

In addition to his work with Eurasia Group, Gabriel currently serves on the board of directors of the International Crisis Group and is the chairman of Atlantik-Bruecke. He is also a senior fellow at Harvard University's Center for European Studies and teaches European politics at the University of Bonn.