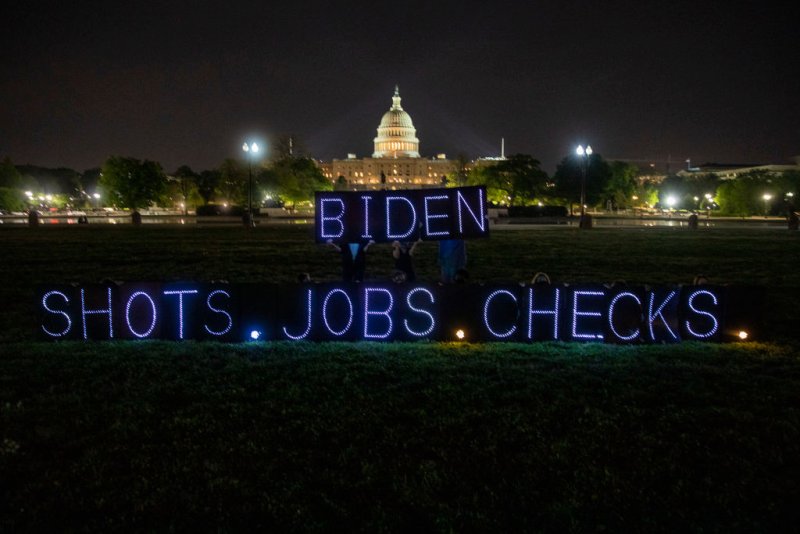 There is no reset with China coming. To China's dismay, Biden's arrival didn't change the trajectory of U.S.-China relations in any meaningful way. Nor will it—there is zero popularity for Biden to win domestically by taking a more conciliatory approach to Beijing. But it's not just U.S. politics that is preventing a reset with China; Biden has deep-seated ideological issues when it comes to dealings with China. Biden and key members of his team (like Secretary of State Tony Blinken) believe in a rules-based world order, one built atop respect for multilateralism, democracy, and human rights. A practical and consensus-driven Biden may have been willing to give more leadership space to the Chinese if they were willing to play by the same rules… but they aren't (see: WHO, Hong Kong, Xinjiang). That means more competition with Beijing, and on multiple fronts: tech, trade, and vaccine diplomacy chief among them. Even the one area that should foster cooperation—climate change—is becoming increasingly competitive. While the Biden administration is still working on its comprehensive review of China policy, we've seen enough over the first 100 days to know rockier times lie ahead.

There's less reset with the rest of the world than you might expect. In his first 100 days, Biden has reentered the Paris Climate Agreement and revived nuclear talks with the Iranians; he's also talked tough and taken punitive measures against Russia and Saudi Arabia for actions the previous U.S. administration let slide. But despite these moves, the world has not suddenly rushed back into America's embrace. Some of that has to do with the last four years and the realization that U.S. commitment to allies cannot be counted on beyond the next presidential election; but much more has to do with shifting geopolitical priorities in Washington and elsewhere. The first 100 days of the Biden administration have already shown that the U.S. is keen to move away from the Middle East—as seen with the Armenian genocide recognition (distancing it further from Turkey), frostier relations with Saudi Arabia, and the announced drawdown of U.S. troops in Afghanistan—so that it can shift its attention to Asia. Meanwhile, the U.S. and Europe are still very divided, both because of disagreements over values (like data privacy, for example) as well as over foreign policy (the U.S. withdrawal from Afghanistan being the latest; more fundamental disagreements center on how combative an approach to take towards China/Russia). The last four years have forced capitals to look out for themselves and pursue their own geopolitical objectives; 100 days of a Biden administration hasn't suddenly ended that.

Good timing + competence = Covid success. Biden inherited Operation Warp Speed and the contracts that put the U.S. in vaccine pole position, but he and his team have also helped bring both stability and predictability to the domestic response, rocketing past its promise to deliver 100 million jabs in its first 100 days. The U.S. has done such a good job with its vaccination drive that it is now in position to start exporting millions of vaccine doses around the world to countries in desperate need of them, a much-needed booster shot to U.S. soft power after recent years. Of course, as the current situation in India has demonstrated, the world is hardly through the pandemic, and the prospect of more variants cropping up are serious cause for concern. Still, we're the closest to normal we've been since the first quarter of 2020, and that was nowhere near guaranteed when Biden assumed office on January 20th.

Biden is serious about being a transformational president. We've seen Biden's ambition when it comes to climate change, to an international tax plan and to reviving the U.S. economy. The latter stands out in particular as the Biden team looks ready to pump trillions into infrastructure (very broadly defined) in an attempt to modernize the outdated social contract of the 20th century for the realities of the current one. It remains to be seen how successful he will ultimately be—polarization in Washington remains as powerful a force as ever—but the fact that a large-scale attempt is being made is real progress. Beyond that, while Biden uses the rhetoric of American exceptionalism, in practice he understands more than many U.S. politicians that many of the structural problems facing the U.S. in 2021 require global buy-in and international cooperation, and that the ability of the U.S. to bully others into falling in line is limited. Under Biden, we're beginning to see acceptance in Washington that the U.S. may no longer lead the world the way it once did, but it still remains its most significant player—that's a type of power the Biden team is willing to lean its shoulder into, and signifies a transformation of its own kind as well.

One final observation to make 100 days into the Biden presidency. So far, Biden has been much more successful tackling domestic problems than international ones… and that's directly the result of Donald Trump. If Trump didn't initiate Operation Warp Speed, the vaccine rollout in the U.S. would be much more similar to the European Union at the moment; and if Trump didn't push a stolen election narrative that kept GOP voters in Georgia from the polls and handed the Senate over to Democrats, Biden wouldn't have the legislators he needs to push through such massive stimulus programs. Presidents must play the hands they were dealt; so far, Biden has played his cards as well as one could hope. But with just 100 days under his belt, there are plenty more rounds left to go.