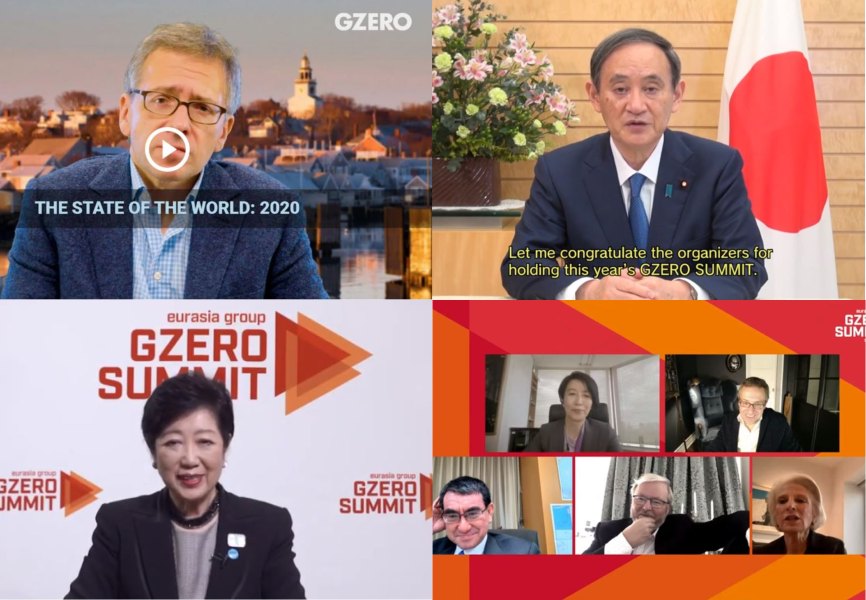 Each year, Eurasia Group's GZERO Summit brings together hundreds of participants and top global speakers and business leaders for wide-ranging discussions on the preeminent issues shaping our leaderless GZERO world. With coronavirus preventing an in-person gathering this year, Eurasia Group hosted its first-ever virtual GZERO Summit to explore the unique risks and opportunities Covid-19 has revealed across the geopolitical landscape ... and consider what life will look like after the pandemic.