Eurasia Group | US turns up the heat on Iran

US turns up the heat on Iran 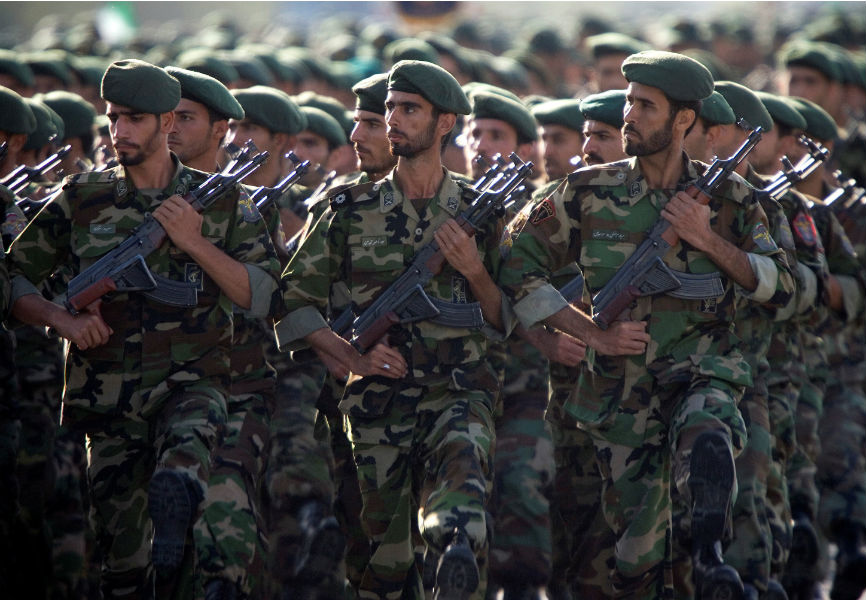 Members of Iran's Revolutionary Guards march during a military parade to commemorate the 1980-88 Iran-Iraq war in Tehran | REUTERS/Morteza Nikoubazl
The US is scheduled to impose a series of sanctions against Iran today, the latest step in the escalating confrontation between the two countries. Washington and Tehran have traded increasingly aggressive language about the possibility of war in recent weeks and continue to back opposing sides in the intensifying conflicts in Yemen and Syria. Eurasia Group Iran expert Henry Rome explains how the sanctions fit into US policy toward Iran and their broader implications.

What are these sanctions and how do they fit into the unwinding of nuclear deal?

Under the accord Iran signed with global powers in 2015, the US agreed to relax sanctions on Iran in exchange for accepting constraints on its nuclear program. When President Donald Trump announced in May that he was withdrawing from the deal, he put in motion a process for bringing those sanctions back. The first set returns today; a second, more punitive, group of sanctions come back in November. Today's measures restrict Iran's trade in gold, precious metals, coal, and steel, as well as the automotive and airplane sectors. The second group includes sanctions on Iran's oil and banking sectors.

Where do US-Iran relations go from here?

Relations are on a very negative trajectory. Despite Trump's stated openness to negotiations with Iranian leaders, any kind of diplomatic offramps are exceedingly unlikely in the near term. The US sanctions will be reapplied, and they will likely inflict severe damage on the Iranian economy. In response, Tehran will probably lash out in the region, including in dangerous encounters with US naval vessels in the Gulf. Pressure will build domestically for Iran to leave the nuclear agreement and cautiously restart its nuclear program. Neither side at this point wants armed conflict. But the risk of accidents is increasing.

What are the implications for the broader Middle East?

Regional proxy conflicts will likely intensify in the coming months. Two battlegrounds are worth highlighting. One is Yemen, where Iran provides military support to the Houthi rebels in their war against Saudi Arabia and the UAE. Houthi rebels launched a missile at a Saudi oil tanker in the Red Sea last month, demonstrating Iran's ability to threaten oil traffic in the strategic Bab al Mandab Strait. A second, often overlooked area for confrontation is in cyberspace, where Iran retains advanced capabilities to attack US or allied computer networks. Under these circumstances, US allies in the region, especially Israel and Saudi Arabia, would likely be more emboldened to take aggressive action against Iranian threats—raising the temperature in an already volatile region.

What is the domestic fallout in Iran of these recent developments?

Heightened tensions and the impending return of sanctions have severely strained the Iranian economy. On the day Trump announced the US withdrawal from the nuclear agreement, the dollar traded at 63,000 rials on the black market. Today, it trades at 95,000 rials. The economy is also grappling with rising inflation, a stunted private sector, and high unemployment. These factors are collectively expected to lead to a 5%-8% contraction in economic output this year. Still, the regime is not on the verge of collapse—the Islamic Republic has survived worse economic and political crises. The security forces remain fiercely loyal and, as recent protests have shown, willing to use violence against civilians.