US midterms could yield tougher stance on some foreign policy issues 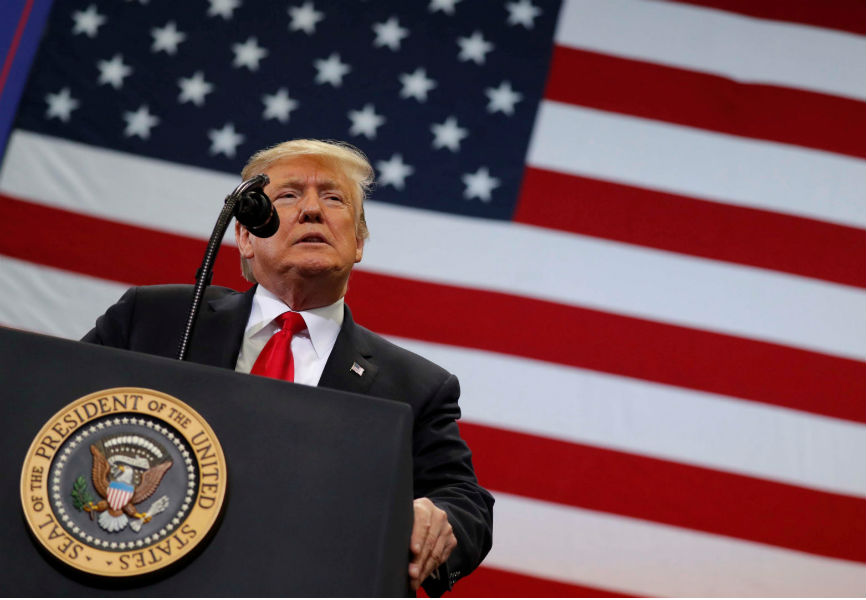 Though President Donald Trump is widely perceived to be a disrupter of the global political order, his party's loss of control of Congress may not spur him to take a more constructive approach.

Paradoxically, the Democrats could push for a tougher stance on a range of issues after gaining control of the House of Representatives in the midterm elections.

On US relations with China, for example, a bipartisan consensus has been forming over the course of the last three administrations that steps were needed to rebalance trade between the two countries and level the playing field for bilateral investments, though Trump has been the first president to vigorously act on that consensus.

Congress has little sway over the tariffs and other executive actions the administration has leveled against China, but political pressure from newly emboldened Democrats could make Trump think twice about concluding a deal with Beijing, for fear of being attacked for it. This will be an issue to watch ahead of a possible meeting between Trump and Chinese President Xi Jinping at the G20 meeting later this month in Buenos Aires.

Congress will have a much bigger role to play in the ratification of the United States-Mexico-Canada Agreement (USMCA), the trade deal negotiated by the Trump administration as a replacement for NAFTA. It will go to Congress for approval next year, and the vote was already expected to be tight. Democrats have traditionally been less friendly toward trade deals than Republicans—at least until the arrival of Trump—so the new composition of Congress injects a little more uncertainty into the process.

But US Trade Representative Robert Lighthizer incorporated some traditional Democratic demands on trade such as stronger labor protections in the negotiation of the new deal. And lawmakers will have little margin to push for changes in the legislation that will be reviewed under Trade Promotion Authority rules, presenting them with the binary choice of approval or rejection. A rejection would be hugely disruptive for the economies of all three signatories. On balance, the USMCA is likely to squeak through.

A countervailing force to this rise in trade tensions could be driven by the president himself. Core Trump constituencies such as farmers and manufacturing companies have signaled they are willing to bear the pain of the various trade conflicts initiated by the president only for a short period of time. As those conflicts continue into 2019, Trump might become more willing to look for off-ramps, especially if Democrats seize on signs of economic deterioration to expand their criticisms of him.

Finally, Saudi Arabia and Russia could be in for tougher treatment by the new Congress. The Trump administration has made closer ties with the former a key plank of its Middle East policy but has been embarrassed by the death of journalist Jamal Khashoggi and a worsening humanitarian crisis in Yemen. Expect renewed calls to restrict arms sales to the kingdom and to press it to wind down the war in Yemen. Similarly, the Democrats are expected to use their control of the House to take a much harder line on charges of Russian interference in US elections, which is likely to have an impact on upcoming sanctions decisions.