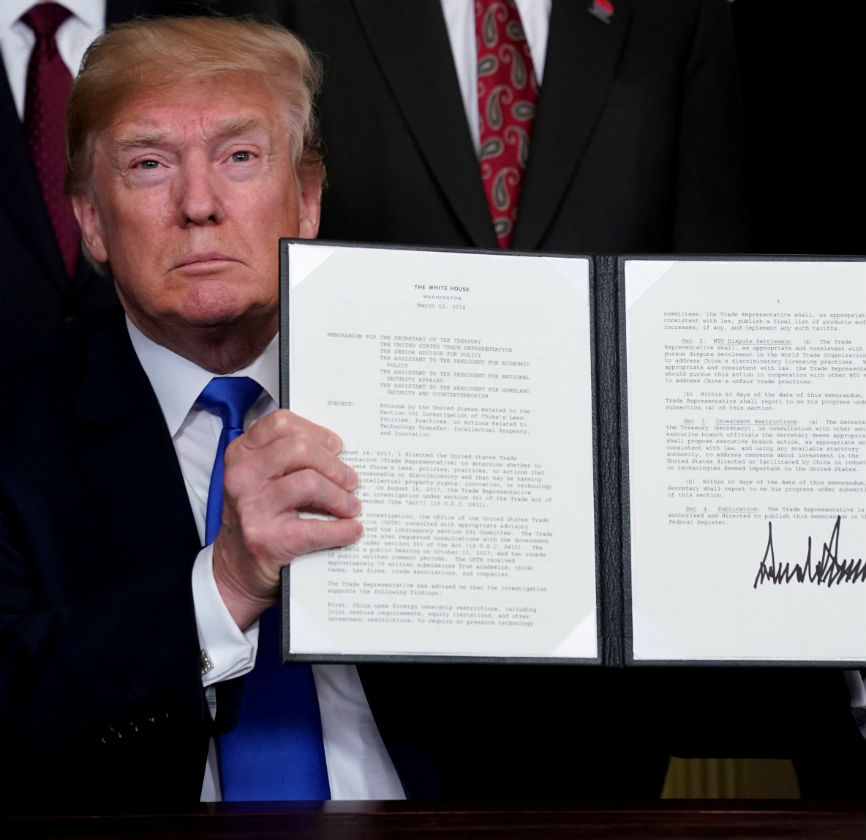 U.S. President Donald Trump holds his signed memorandum on intellectual property tariffs on high-tech goods from China, at the White House in Washington, U.S. March 22, 2018 | Official White House Photo by Jonathan Ernst
US President Donald Trump has announced a 10% tariff on $200 billion of Chinese imports and warned they could rise to 25% on 1 January 2019 unless the Chinese make concessions. He also said his administration could tariff the rest of Chinese imports if Beijing retaliates. The tariffs will take effect on 24 September and come in addition to a previous round of tariffs on $50 billion of Chinese products and levies on Chinese steel and aluminum. Eurasia Group analyst Jeffrey Wright explains the strategy behind these measures and their likely consequences.

Why is the US imposing these tariffs?

US officials maintain they are justified by the Section 301 report released in March, which found that US companies in China have suffered from a decade of policies including joint venture requirements, forced technology transfer, and theft of intellectual property. Tariffs are intended both to penalize China for these policies and to compel it to change its behavior.

In a larger sense, though, the tariffs stem from a fundamental conflict between the US's and China's economic models. US officials—and Trump himself—believe that China has not lived up to the commitments it made when it was allowed to join the World Trade Organization in 2001, and that Beijing continues to treat foreign firms unfairly while keeping vital sectors closed to foreign competition and supporting state champions through illegal subsidies and loans at below market rates. Pushing China to change that model is a key goal of the tariffs.

How is China likely to respond?

As on previous occasions, China was quick to respond to the new US tariffs with an announcement that it will impose tariffs on $60 billion in US goods. Together with the previous $50 billion in US products that China has targeted, the new list means that nearly all US exports to China will face some sort of tariff. In an effort to hurt domestic constituencies seen as close to Trump, China has also reduced purchases of US agricultural and energy products, for which it had previously represented an important market.

As China runs out of US products to tariff, it will be forced to look for other methods of retaliation. Those could include shifting government procurement away from US companies, making it more difficult for US companies to obtain or renew key licenses, and stoking a nationalist backlash against US companies. The Chinese are likely to be cautious on that front, though, for fear of alienating foreign firms making key investments in China.

Will trade tensions with China impact domestic politics in the US?

Probably, but not for some time. Congressional Republicans fear that tariffs could lead to price increases for consumers, making an already difficult midterm election even harder for them. But price increases are likely to be delayed, and consumers probably won't be able to link them directly to Trump's trade agenda. Regardless, it's clear that Trump isn't worried about the political impacts of his tariffs and believes the strong US economy gives him leverage vis-à-vis China.

If both sides remain dug in, the dispute could last through Trump's presidency, if not longer. It's possible that officials in both countries could decide later this year or in 2019 that the damage to their economies is too much and work constructively to find a solution. But many of the US's core demands go to the very heart of China's economic model and changing them at the behest of a foreign power would be both a domestic and international embarrassment for Beijing. The US and China are also vying for leadership in a suite of next-generation technologies, and neither is likely to yield soon. If the US refuses to settle for anything short of structural changes to the Chinese economy, the dispute could last into 2020 and beyond. 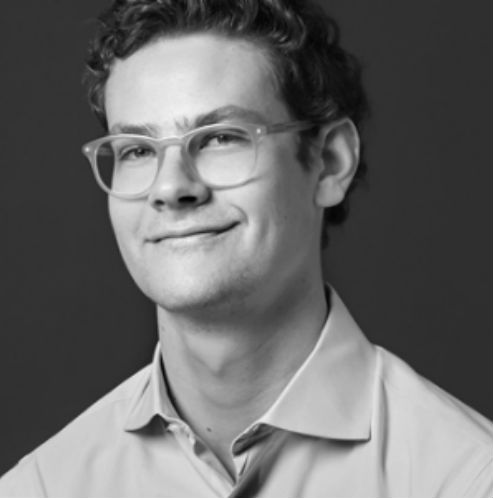