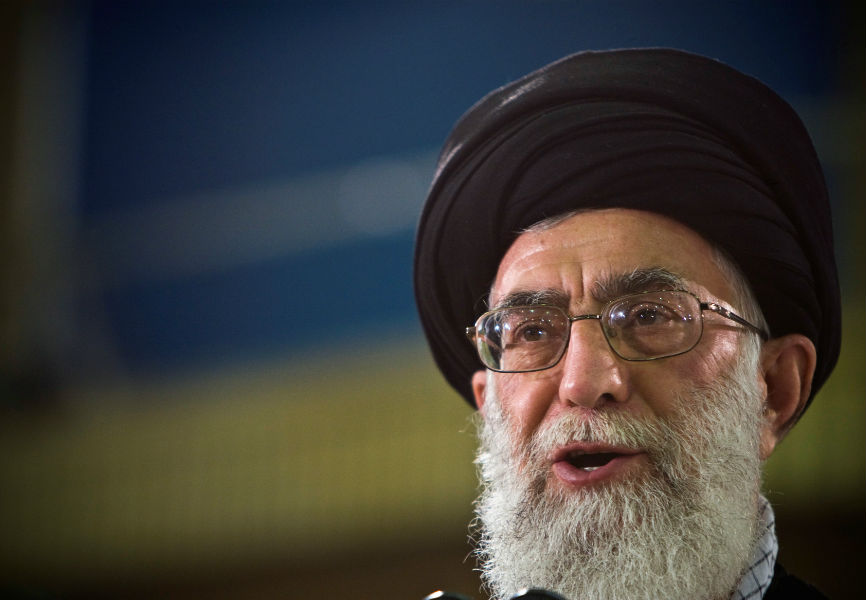 Iranian Supreme Leader Ali Khamenei. REUTERS.
On May 8, 2018, President Donald Trump announced the United States was withdrawing from the Iran nuclear agreement and “instituting the highest level of economic sanction” against the Islamic Republic. Over the past year, Iranian leaders have tried to undermine that US economic campaign. Two strategies have received the most public attention. Tehran has collaborated with European states on a financial mechanism to circumvent the new sanctions, and it has expanded political and trade ties with its regional allies. But Iran has also labored to get its own house in order by reforming banking transparency laws. A policy priority for President Hassan Rouhani, the financial reforms are an arcane but integral part of Iran's plan to withstand US pressure.

The stakes for Iran are significant. If Rouhani's initiative fails, Iran's financial relationships with Europe and Asia would likely suffer. Britain, France, and Germany effectively conditioned financial ties with Iran on reforms to its financial sector. China and Russia are keen to back Iran, but the failure to reform the domestic banking environment could jeopardize the Islamic Republic's most important foreign relationships.

Why is Iran trying to reform its financial system?

Iran's financial sector is burdened by a host of structural weaknesses: under-capitalized and distressed banks, weak government oversight, and the corrupt influence of military and religious institutions. But the government's current agenda is narrow. Rouhani is aiming to comply with recommendations of the Financial Action Task Force (FATF), an inter-governmental body of 36 countries that sets standards for countering the financing of terrorism and money laundering. In short, Iran is seeking a clean bill of health from the FATF.

In 2009, the FATF placed Iran on its compliance “blacklist” and urged countries to “apply effective counter-measures to protect their financial sectors” from the “serious threat” posed by Iran. Iran remained on the “blacklist” until 2016, when Tehran and the FATF agreed to an “action plan” to address policy deficiencies. In exchange, the FATF moved Iran to its compliance “graylist” while Iran conducted reforms. 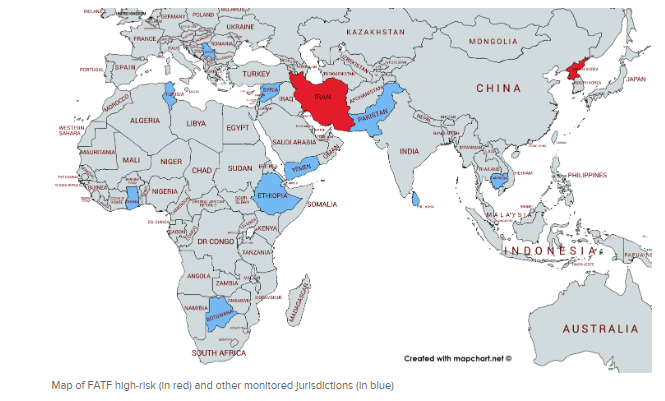 The action plan is extensive. While the full document has not been publicly released, the FATF issued a list of outstanding items in February 2018. The majority of those tasks had not been completed as of early May 2019. Among the most controversial items, Iran is required to criminalize the financing of terrorism, freeze assets of some terrorist groups, and strengthen internal oversight of financial transactions. In addition, the FATF required that Iran join two international conventions: the International Convention for the Suppression of the Financing of Terrorism (CFT convention) and the UN Convention against Transnational Organized Crime (Palermo convention).

How much progress has Iran made on the FATF reforms?

Iran's progress has been significant but exceedingly slow, with various bodies exercising oversight authority over proposed reforms. The Rouhani administration divided up the FATF reforms into four bills. Parliament, controlled by centrists and reformists, passed all four bills, but only two have been enacted into law: reforms to the counter-terrorist financing law (approved in August 2018) and anti-money laundering law (approved in January 2019).

The FATF, however, has not yet determined whether the new laws comply with the requirements outlined in the action plan. One area of potential friction between the FATF and Iran pertains to the definition of terrorism. The FATF required Iran to remove the “exemption for designated groups 'attempting to end foreign occupation, colonialism and racism.'” The amended version of the counter-terrorist financing law does not automatically exempt groups fighting against “domination and foreign occupation and colonialism and racism,” but it also acknowledges the constitution's provision that Iran “supports the struggles of the oppressed for their rights against the oppressors anywhere in the world.” The Supreme National Security Council is left with the ultimate decision of what constitutes terrorism. It is not yet clear whether this alteration will satisfy FATF members.

The two remaining bills, which would commit Iran to the CFT and Palermo conventions, have proven the most controversial. The Guardian Council, which vets all legislation for compliance with the constitution and Islamic law, has rejected both bills. The Council for the Discernment of Expediency, which adjudicates disputes between the parliament and the Guardian Council, was still reviewing the bills as of May 2019.

Why are the FATF bills so controversial? Are they connected to the nuclear agreement or relations with the West?

In theory, the FATF bills are entirely divorced from the US withdrawal from the nuclear agreement. The Rouhani administration had worked on the FATF bills prior to May 2018, and the reforms they entail are important regardless of the agreement. But in Iran's political scene, the fate of the FATF bills is intimately tied to the US decision, a dynamic that helps explain why the proposals are so politically toxic.

The US withdrawal was a powerful jolt to Iranian officials and lawmakers. The reimposed sanctions severely restricted Iran's access to the international financial system, especially European banks. The Rouhani administration was concerned that failure to proceed with the FATF bills—and a return to the FATF blacklist—would be a death blow to the few banking ties that remained. Supreme Leader Ayatollah Ali Khamenei, too, recognized that urgent action was needed. One month after the United States left the deal, Khamenei intervened in the domestic political debate, deriding the proposed bills as “cooked up in the think tanks of great powers.” But he also urged lawmakers to develop their own versions that aligned with Iranian national interests, tacitly supporting financial reform. Following the supreme leader's comments, the parliamentary process accelerated.

If the nuclear deal withdrawal kicked the legislative process into high gear, it also powerfully energized conservative opposition. While hardliners were unable to derail the bills in parliament, they have tried to use the Guardian and Expediency councils to block them. Opponents object to the bills for three reasons.

First, some hardline lawmakers have raised substantive concerns, including whether accepting the bills would restrict Iranian support for Hezbollah, Hamas, Palestinian Islamic Jihad, the Bashar al Assad regime in Syria, and other beneficiaries. They have argued that Iran should not open its financial books to the adversary at precisely the moment when Washington is trying to exert “maximum pressure.” The US designation of the Revolutionary Guards as a foreign terrorist organization has further weakened the argument for banking reform.

But substance alone does not explain the hardline opposition, especially because the final two conventions should theoretically be the easiest to pass. For example, Iran would not be the first country to disagree with the CFT convention's definition of terrorism. Egypt, Jordan, Kuwait, and Syria all declared that they do not view national armed liberation or resistance to foreign occupation as acts of terrorism. Syria and Yemen further noted that their accession to the convention “in no way” signifies “recognition of Israel.”

A second objection to the FATF bills is purely political. For Rouhani opponents, the FATF bills are a proxy not only for the nuclear deal but for Rouhani's more moderate posture toward the West. The bills provide a convenient rallying point for conservatives, who have used the debate in parliament as an opportunity to grab headlines for spirited protests.

Finally, some objections to the FATF bills are rooted in self-interest. Foreign Minister Mohammad Javad Zarif has publicly suggested that opponents of the bills may have “financial interests” to protect. Indeed, the Iranian economy is littered with “corrupt networks” that benefit greatly from the opaque and under-regulated financial system, as Bijan Khajehpour has discussed. These parties aim to keep state oversight power weak, a dynamic that has contributed to Iran's consistently poor performance in international assessments of corruption, ease of doing business, transparency, and rule of law.

The FATF will review Iran's progress at its next plenary meeting in Florida on June 16–21. At its February meeting, the FATF said that if Iran does not fulfill its action plan, the organization “will require increased supervisory examination for branches and subsidiaries of financial institutions based in Iran.” This would not represent a return to the “blacklist,” but it would nonetheless be a blow to Iran's international financial standing.

This article originally appeared in The Iran Primer at the United States Institute of Peace.