Eurasia Group | Politics in Pictures: a visual guide to Iran

Politics in Pictures: a visual guide to Iran

By: Alexander Kazan
Iran-US relations are on the rocks

More than a year after the US pulled out of the Iran nuclear deal (the Joint Comprehensive Plan of Action, or JCPOA), US-Iran tensions have risen to a new high.

In April, the US decided to end waivers allowing countries to purchase Iranian oil, putting more pressure on Iran's economy.

In response, Iran announced that it had "quadrupled" its rate of production of low-enriched uranium, which would set it to violate the stockpile limit provision of the nuclear agreement.

Iran's approach is calibrated to put pressure on the European signatories of the JCPOA, who oppose the US's hardline approach but have been unwilling to meaningfully stand up to it. Japan, another major importer of Iranian oil, has also attempted to defuse tensions as Prime Minister Shinzo Abe visited Iran this week but failed to produce results.

War is unlikely, but tensions will remain high

Tensions will remain high through 2019 as the Iranian leadership remains reluctant to engage in talks, backed by growing public opposition to the deal. While Tehran will be able to shift public opinion if required, it will nevertheless focus on building leverage against the US.

Both sides will seek to avoid war, but it remains a real risk. Nevertheless, any military confrontation likely would be limited and not involve attempts to close the Strait of Hormuz or US attacks on Iranian civilian or energy targets. 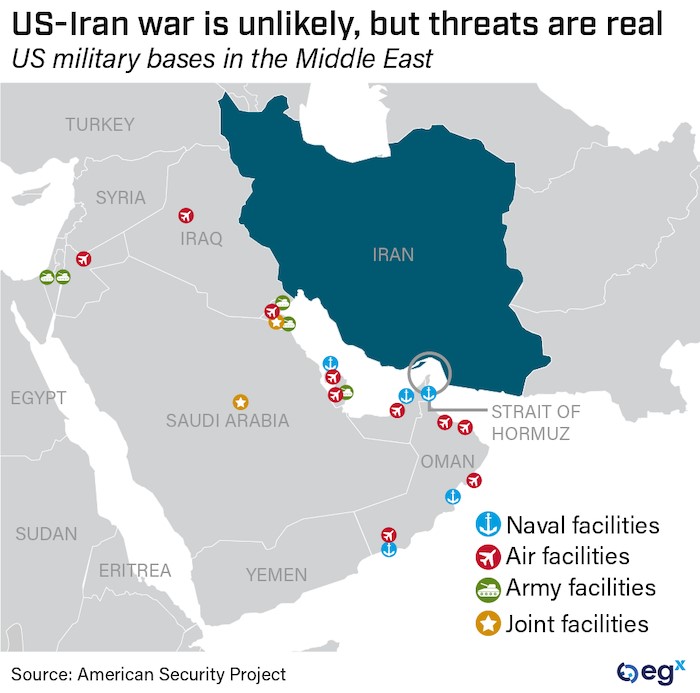 Yet even absent a war, Iran will continue to sponsor low-level attacks on Gulf oil infrastructure, fueling volatility in oil markets. 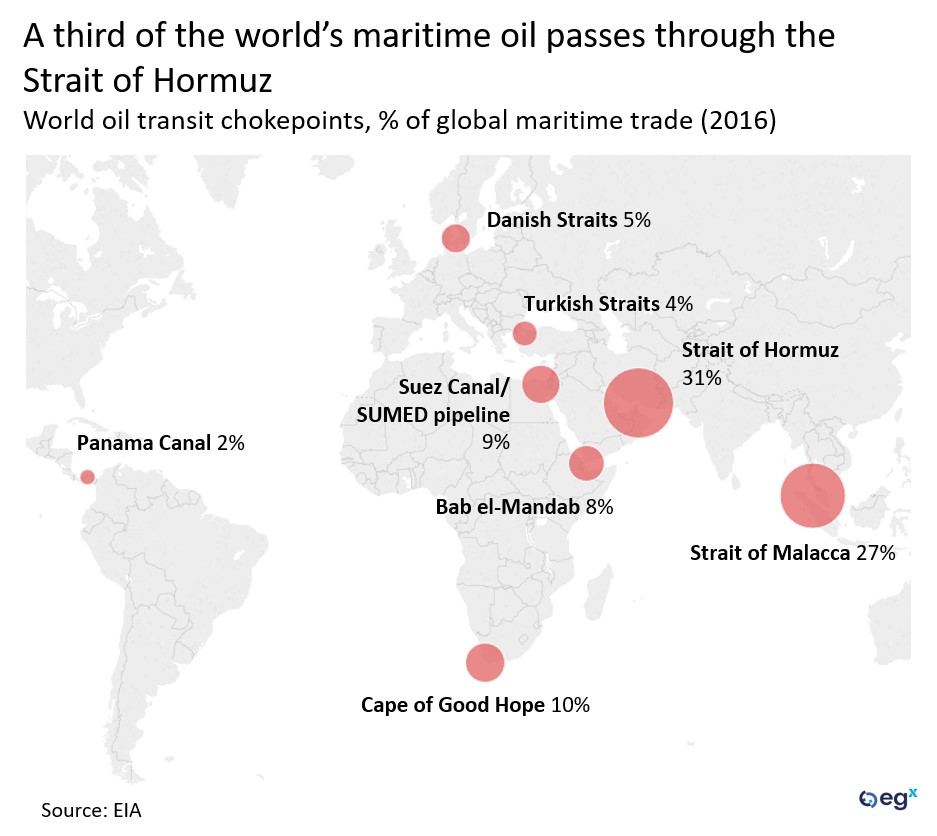