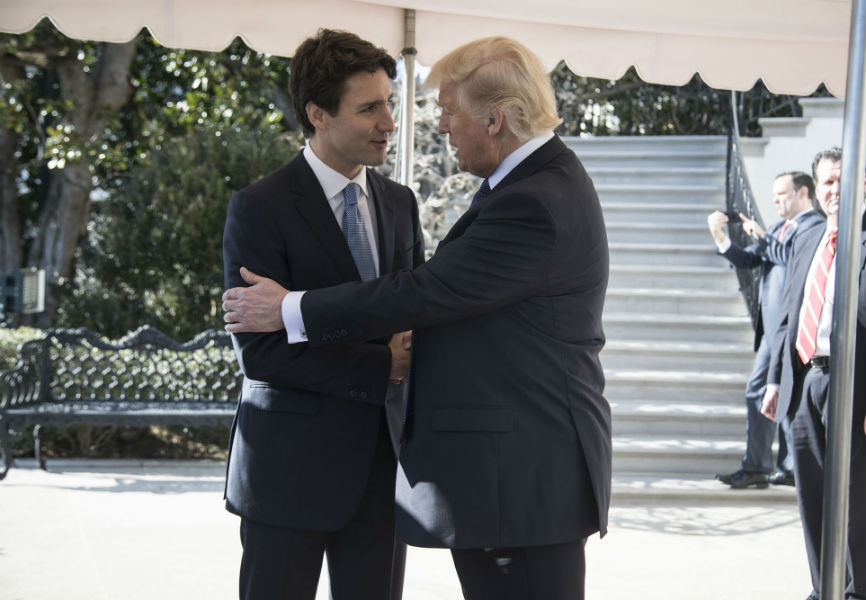 President Donald Trump bids farewell to Canadian Prime Minister Justin Trudeau, Monday, Feb. 13, 2017, at the South Portico of the White House in Washington, D.C. | Official White House Photo by Shealah Craighead
A new NAFTA agreement announced this week to much fanfare by US and Mexican officials seems to have resolved some of the thorniest issues in the renegotiation of the decades-old trade pact. But many challenges remain—most notably bringing Canada back on board. Eurasia Group expert Hilary Novik Sandberg analyzes the forces at play.

Why did the US and Mexico leave Canada out?

Most had assumed that all three sides would return to the negotiating table after the hiatus taken for the Mexican presidential election held on 1 July. However, only the Mexican negotiators were invited back to DC this month to resume the talks, so that the US and Mexican officials could focus on bilateral issues. The move also demonstrated President Donald Trump's preference to engage one-on-one to leverage the US's economic heft and extract more concessions; sidelining Canada during a critical negotiating period will now allow Trump to turn up the heat on Prime Minister Justin Trudeau and pressure Ottawa to accept US demands or risk being left behind. Moreover, Trump was likely starting to feel pressure to deliver on a key campaign promise to overhaul NAFTA ahead of the midterms.

It has become clear that Mexico made bigger concessions and the US showed limited flexibility in the bilateral agreement. President Enrique Pena Nieto's administration probably decided it had to prevent President-elect Andres Manual Lopez Obrador from inheriting the talks and shaking them up with a new set of demands. This paved the way for an agreement on one of the most contentious issues: auto rules of origin. The preliminary agreement is close to what the US has been proposing, including higher regional content requirements (75%), higher wage requirements of $16 per hour for 40%-45% of the auto content, as well as the potential for higher tariffs if companies do not meet the rules of origin requirements. In addition, the two sides reportedly agreed to a revised sunset clause proposal (16 years, with the condition that the treaty be revised every six years), and the elimination of a part of the deal that deals with antidumping and countervailing duties. A Mexican victory was the exclusion of a US demand on seasonal agricultural restrictions and provisions.

What is Canada likely to do?

Despite the recent progress, no NAFTA deal can advance without the Canadians, who have dispatched a delegation to Washington to join the talks. Trump has set a Friday deadline for them to sign on in order to give the current Mexican administration and US Congress time to approve the revised agreement. Optimism has been growing, with both sides signaling that the aim is to reach a deal by Friday. However, solving the longstanding issues in a matter of days, especially amid a compromised bilateral relationship, is a tall hurdle and the challenges should not be underestimated. Key points of contention include US demands that its northern neighbor phase out its supply management system and that independent dispute settlement mechanisms be eliminated. A renegotiated NAFTA deal remains the best, and most desired outcome for Ottawa. However, this week and what follows will be a difficult balancing act for Trudeau, who must aim to protect Canadian interests, avoid an economic disaster with NAFTA's potential collapse, as well as appear tough on Trump. If a compromise deal that protects core-Canadian interests is reached by Friday, Canadian parliament would still need to approve it.

What will US Congress do?

Many lawmakers expressed alarm over Trump's tactic of negotiating a deal with Mexico first, and influential Republicans were quick to reiterate their positions that NAFTA should remain a trilateral trade agreement because pursuing bilateral agreements would necessitate a new legislative process, as required under the Trade Promotion Authority (TPA). And from an economic point of view, disentangling the supply chains binding the three countries would be disruptive and create considerable uncertainty for businesses. As a result, if Canada balks at signing on, a bilateral deal with Mexico would face a bleak outlook in US Congress. A new legislative process would impact the timing and trigger potent politics, despite claims by USTR Robert Lighthizer that the process would go smoothly. Even if the Canadians do come on board, it is not clear that US lawmakers would accept provisions such as the sunset clause and the elimination of dispute settlement mechanisms (moves viewed as undermining legal protections for US investments abroad.)

Overall, the US-Mexico deal represents progress and Canada's willingness to negotiate is another positive step forward. However, the timing risks posed by electoral calendars in the US and Mexico, the US hardball negotiating strategy, and concerns about whether US Congress will approve a deal that includes contentious issues probably means that a NAFTA 2.0 will be a 2019 story. 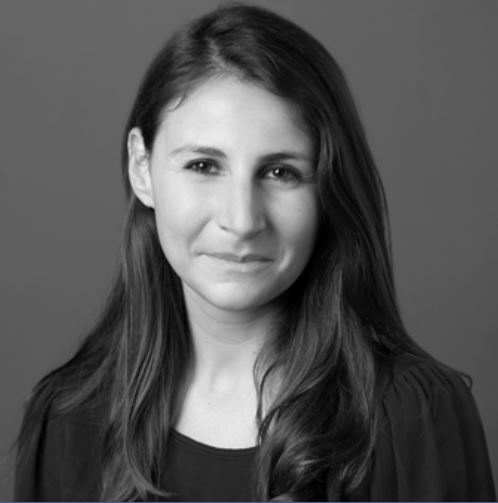 Specializing in North American oil and gas, Hilary Novik helps identify and analyze political risks and regulatory developments affecting upstream, midstream, and downstream sectors in the US and Canada.