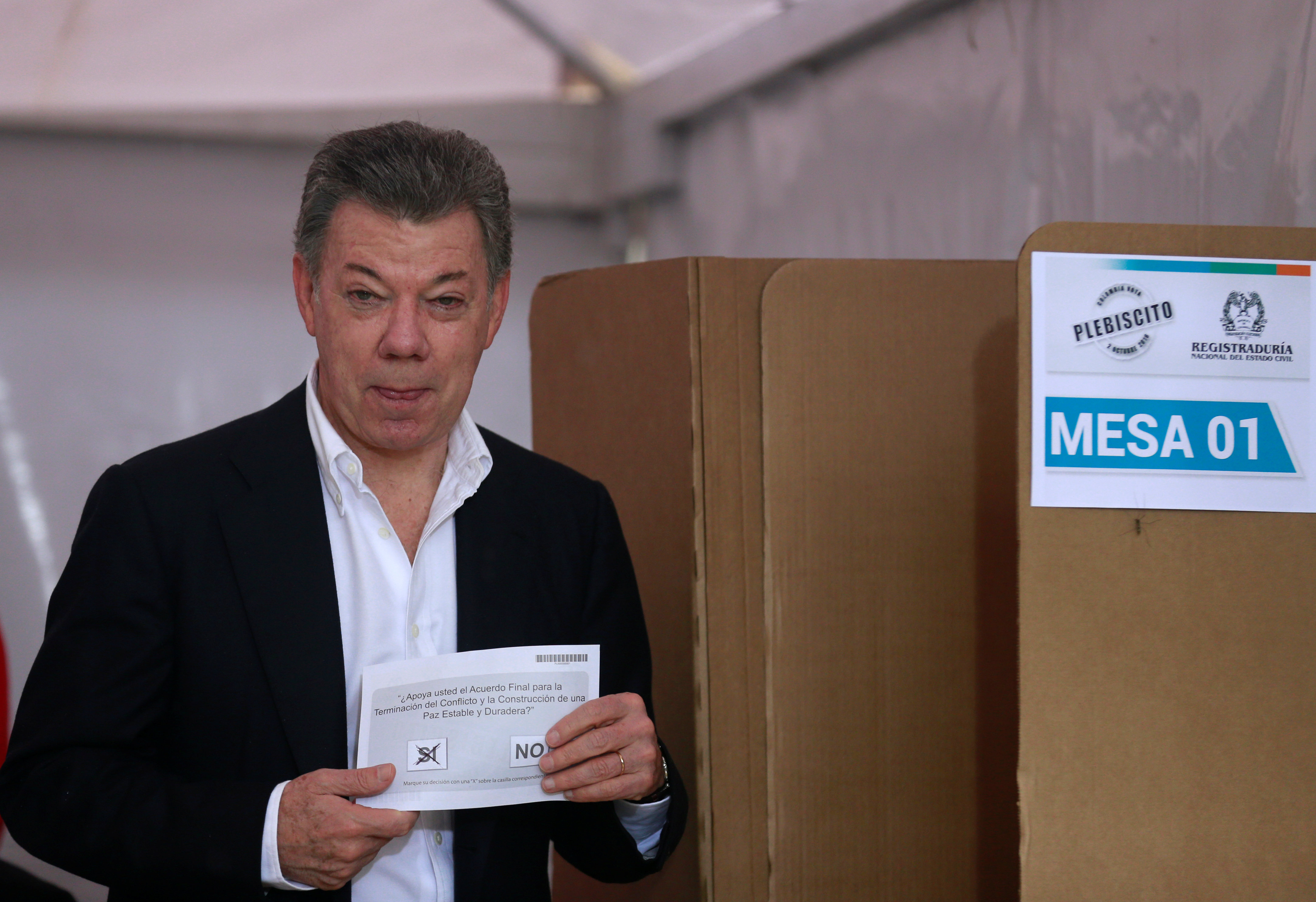 Colombia's President Juan Manuel Santos shows his vote for a referendum on a peace deal between the government and Revolutionary Armed Forces of Colombia (FARC) rebels at Bolivar Square in Bogota, Colombia, October 2, 2016. REUTERS/John Vizcaino
populist VOTES are backfiring on the very leaders who set them
The collapse of Colombia's peace deal with the FARC is just the latest instance of a head of state staking their reputation on a popular vote and having it backfire, big time. Think back to Brexit last summer, where British Prime Minister David Cameron put his political career on the line by promising to resign if Britons voted to leave the European Union. And then what happened? Britons voted 'leave' and David Cameron...left.

Eurasia Group's Director of Global Macro Willis Sparks puts this year's votes into context. He also looks ahead to the U.S. election, as well as to critical votes in Europe, where the people will vote not just on policies, but on the leaders tied to them.

Video and full transcript below.
TRANSCRIPT

Over the weekend, there was a very important vote in the South American country of Colombia in which the Colombian people actually voted against a peace deal that would have formally ended 50 years of war between the Colombian government and the FARC rebels. One thing that's particularly interesting about this election is that the Colombian President, Juan Manuel Santos, said before the vote that he was putting essentially his entire reputation on the line in favor of a yes vote. Turnout was low, the margin was narrow, but the Colombian people said, “We don't care what you want. We're voting no.” Which raises an interesting question: is this part of a broader trend in the world?

Think back to Brexit last summer for a second, where British Prime Minister David Cameron put his own reputation on the line by promising to resign if Britons voted to leave the European Union. And then what happened? Britons voted to leave the European Union and David Cameron is no longer the British Prime Minister. There's a similar dynamic going on in this country, where a big part of the political establishment says, “You can't possibly support Donald Trump.” And yet a lot of Republican voters continue to do just that, to support Donald Trump.

But let's look ahead for a moment, because there's another very important referendum coming up before the end of the year. On December 4th, in Italy, there's going to be a vote on constitutional change, another referendum, and in this case, Italian Prime Minister Matteo Renzi said, “I will resign if you vote no on this issue. I want you to vote yes on constitutional change, to give me more power to advance reform.” He's looking at tight polls and he's walked that back a little recently, but his reputation is on the line, just like David Cameron's was, just like Santos' was in Colombia. Is there a trend here emerging of governments saying, “Please vote this way” and people saying, “No thank you, we're going to vote the other way”?

Particularly important as we go into major elections next year. In the spring, France has national elections, in which an anti-establishment party, the Front National, is already doing very well by promising another referendum on membership in the EU, in this case, obviously, for France. And then the big election in the fall. If Angela Merkel stands for re-election, which we think she will, the German national election next fall is in some ways very much a referendum on Angela Merkel and her leadership as chancellor.

Something to think about going into next year. 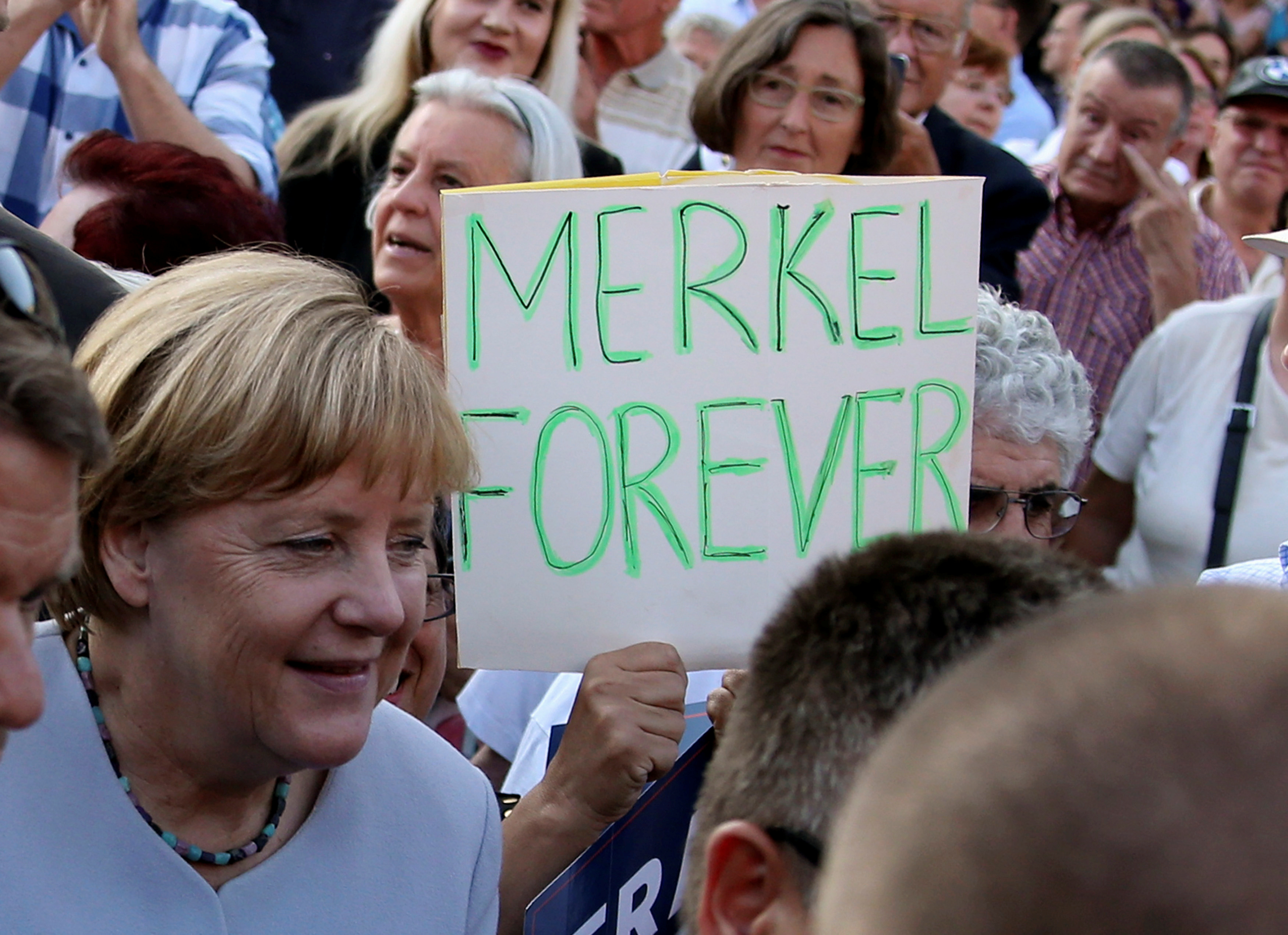 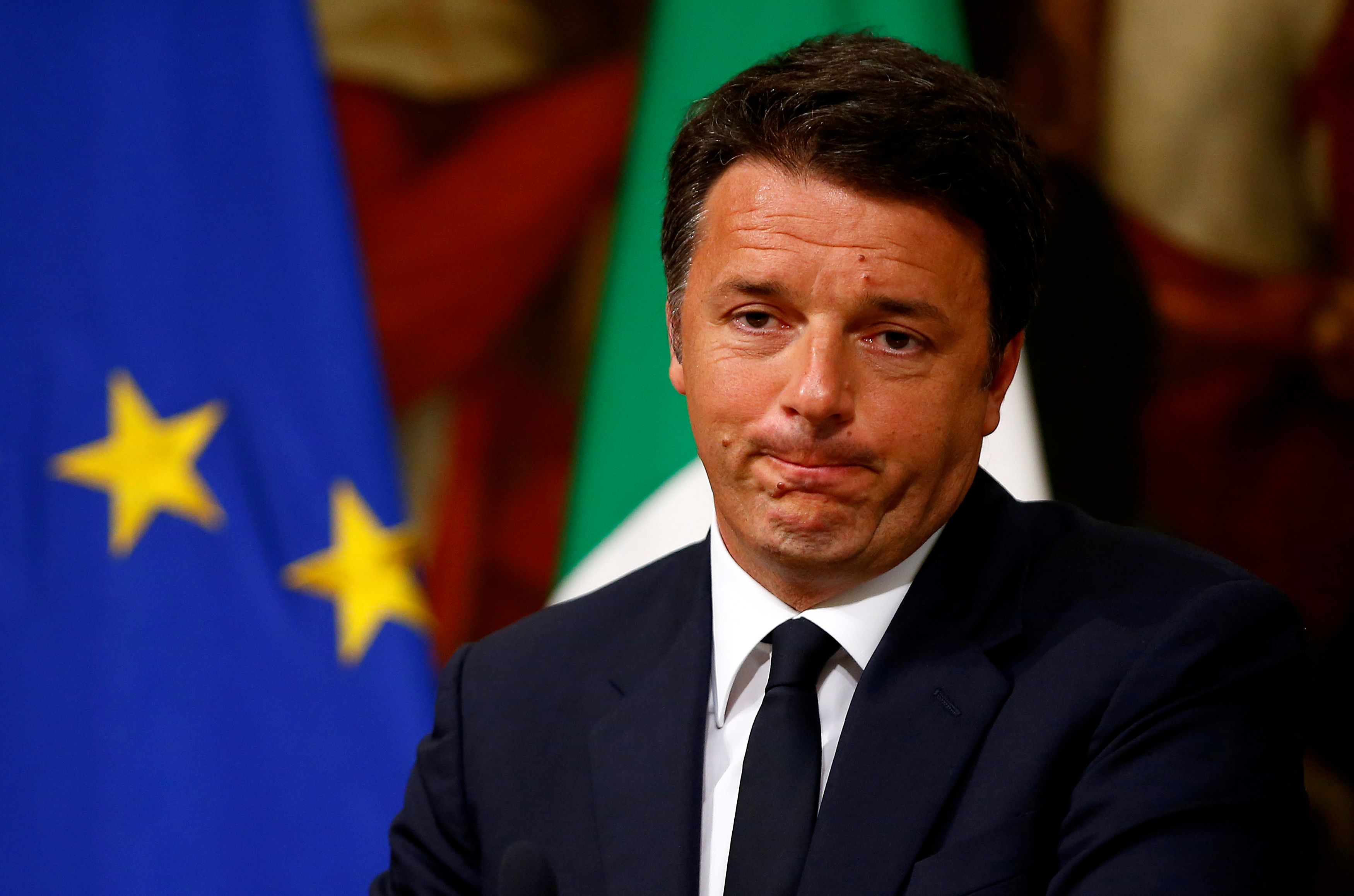 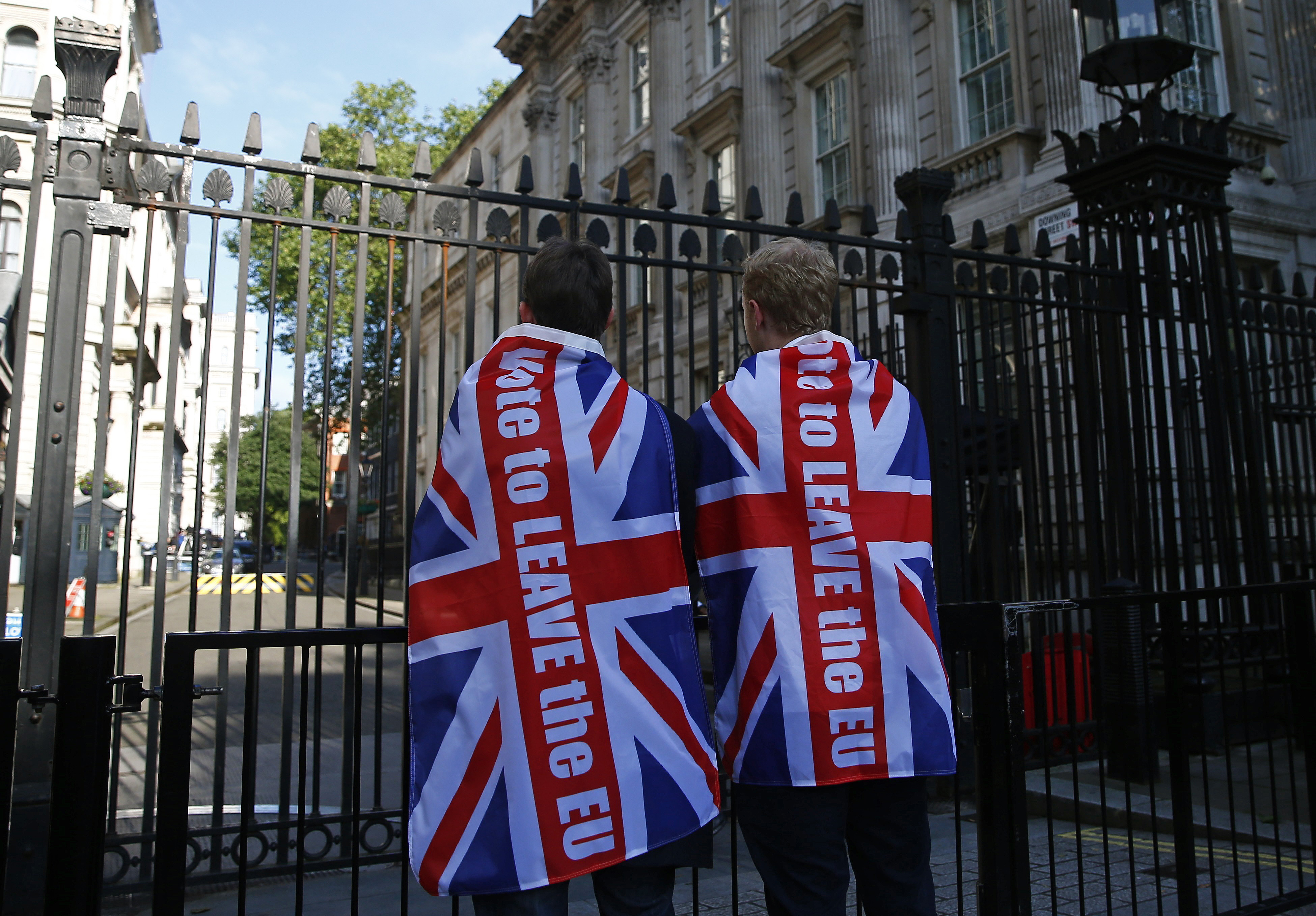