Keys to understanding the case of China’s Jack Ma 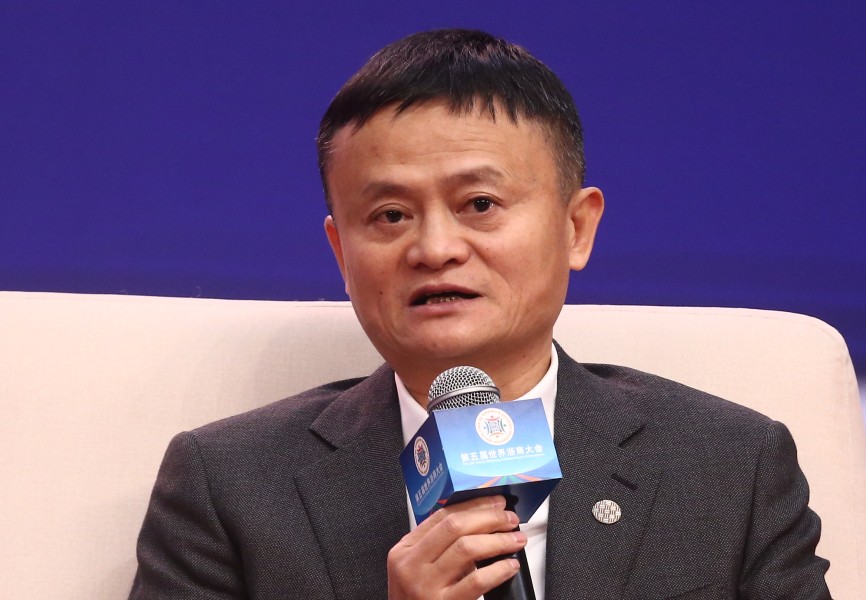 Jack Ma in 2019. REUTERS
Ant Group was preparing to raise an estimated $37 billion in November when Chinese regulators suddenly stepped in to stop what would have been the world's largest-ever IPO and signaled the financial services provider would have to be restructured. Jack Ma, the high-profile founder of Ant and e-commerce giant Alibaba, disappeared from public view soon after. As customers and investors await the final details of the official restructuring proposal in the coming days, the case has raised larger questions about the business environment in the world's second-largest economy. Though the decisions of Chinese authorities may at times seem arbitrary, a better understanding of the political dynamics at play can make them more predictable.

In the absence of a fully developed legal system in China, investigations of problematic business practices are often carried out behind closed doors and subject to political influence. Given this lack of transparency, the disappearance of a well-known business leader is often taken as an indicator of corporate trouble ahead.
Under the leadership of President Xi Jinping, three types of behavior have tended to land prominent entrepreneurs in trouble. They are, in descending order of importance: high-profile political dissent; serious cases of corruption or collusion with regulators; and activity that creates significant financial risks or challenges regulatory limits. The imprisonment of Ren Zhiqiang is one of the most notable recent cases of a business executive facing punishment for political dissent: The property magnate had criticized the lack of freedom of speech in China and suggested that Xi was an “emperor without clothes” for mishandling the Covid-19 pandemic.

But since the launch of a financial de-risking campaign in late 2016, it is more common for high-flying business executives to get into trouble for moving outside of regulators' comfort zones. Wang Jianlin, for example, led conglomerate Wanda Group on a debt-fueled $35.5 billion spree of purchases of entertainment and commercial real estate assets around the world. Regulators became alarmed when the company's debt-to-asset ratio surpassed 70%, and in early 2020, Wang disappeared from public view.

Finding themselves in regulators' crosshairs doesn't necessarily mean imprisonment for targeted executives nor even the loss of their jobs. In the case of Wang and Wanda Group, the firm responded to regulatory pressure by unloading $30 billion worth of investments and cutting its debt load in half. That caused Wanda's share price to plummet but helped to placate authorities. The firm worked to burnish its image further by reducing the rent of small and medium-sized businesses during the Covid-19 crisis.

Consequently, China's financial regulators have not publicly announced any investigations or raised questions about the company's overseas purchases. Wang has fallen in the rankings of China's wealthiest people but continues to run his business (albeit on a smaller scale).

But executives who defy authorities risk much harsher treatment. Wu Xiaohui, the former chairman of insurance company Anbang, chose not to address Beijing's concerns about its complex corporate structure nor scale back its controversial insurance offerings. He resisted attempts to investigate the firm by directing executives to destroy corporate records and corporate security guards to block police access to Anbang's office buildings. In 2018, Wu was sentenced to 18 year in prison and authorities confiscated over $1.6 billion worth of his personal property on charges of business fraud and embezzlement. China's insurance regulator took control of Anbang, broke it up, and sold pieces to various buyers.

Ma's troubles stem from a combination of inflammatory public statements and tightening regulatory control of the business practices of Ant and other internet firms. For years, these firms enjoyed rapid growth with limited regulatory constraints and little foreign competition, as they drove economic development and generated employment. In recognition of the firms' contributions, state-backed media tended to portray Ma and other industry icons such as Tencent chief Pony Ma as part of the party's success story and representatives of its aspirations for younger generations.

Attitudes started to shift in 2018 in response to concerns over Tencent's online gaming business, and more recently, over the Ant's growing dominance in microlending services. In the meantime, Ma irritated authorities, first with an article in the Alibaba-owned South China Morning Post implying misconduct by a senior party official and then with a speech last October in which he accused financial market regulators of stifling innovation. While his language was not as pointed and offensive as that of the comments made by Ren, it was sufficiently embarrassing for economic reform czar Liu He and Xi himself to provoke a political backlash that has given rise to the wide-ranging regulatory investigation.

Nonetheless, Ma's reappearance at an event in late January after a public absence of nearly three months put to rest speculation that he could face serious charges in conjunction with the investigation of Ant. The company has proactively engaged on restructuring proposals, so its fate is expected to mirror that of Wanda: significant restructuring to become a much smaller player while retaining key elements of its business model. Ma himself is unlikely to be able to fully recover his previous status as the public face of Chinese entrepreneurship, though he will probably escape harsher punishments, including imprisonment.