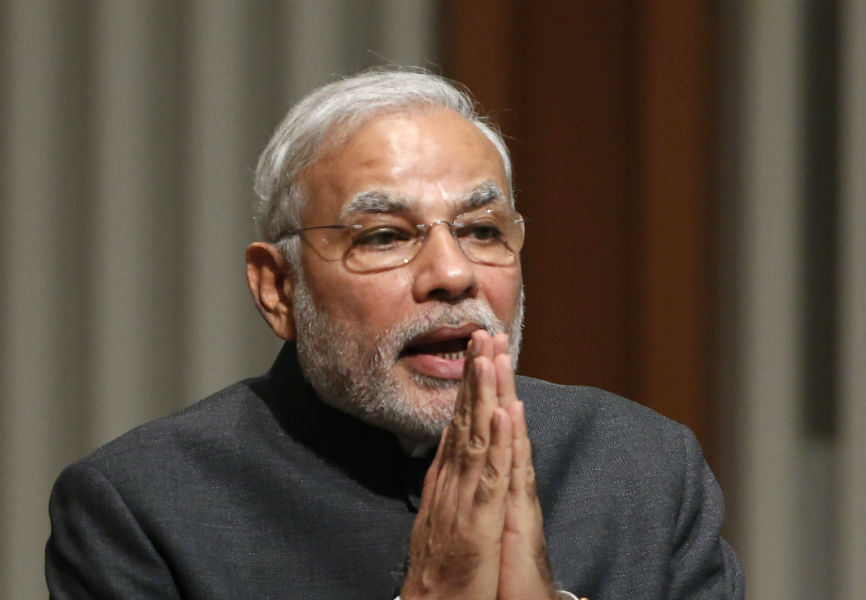 Indian Prime Minister Narendra Modi. REUTERS.
India heads to the polls shortly, with Prime Minister Narendra Modi and his ruling Bharatiya Janata Party (BJP) likely to return to power in the 2019 parliamentary election—the results of which will be announced on 23 May. Alongside economic growth that is likely to remain strong, that bodes well for continuity in “Modicare”, the cornerstone of Indian health policy. But continuity alone will be insufficient for the program, which, despite an impressive rollout thus far, struggles on a number of fronts.

At a high level, India's decentralized governance model poses some of the same benefits and constraints we see elsewhere globally. In theory, India's states will be able to fine tune Modicare's implementation to meet their local needs. But decentralization breeds variability, and precludes the economies of scale that exist in truly nationalized schemes and contribute to their sustainability.

Moreover, if the goal is to reduce instances of financial ruin from healthcare spending, the investment may not be appropriate for India's needs. Previous schemes, such as Andhra Pradesh state's Rajiv Aarogyasri, have spurred increased use of the healthcare system and improved access to care, but because they focus on hospital spending rather than medicines, they have not reduced out-of-pocket spending.

Unsurprisingly, financing will be an issue. India's central government continues to be parsimonious on this front, even relative to its emerging market peers. But Modicare has specific financial challenges. By design, private sector contributions are “envisaged”—the government's not-so-subtle way of indicating that they have been baked into the program's financial projections (a risky assumption).

Relatedly, the government plans to reimburse stakeholders using bundled payments. That methodology is still very much a work in progress globally, and actual payments to participants may be out of step with projections. That has been the case with most Indian central and state schemes (e.g., in Andhra Pradesh). Moreover, the planned reimbursement rates are 15–20% lower than rates under the previous Central Government Health Scheme. That may extend Modicare's financial lifeline, but will undoubtedly create challenges for providers and ultimately constrain participation. All things considered, with the government's persistently combative stance toward the private sector on issues like product and service pricing and IP, as well as a poor track record on reimbursements, it seems unwise to count on robust and consistent private sector participation.

With healthcare very much in play politically, there are some prospective opportunities for pharma. First, with Modicare, the BJP has not only articulated its vision for the healthcare sector but also effectively declared healthcare a priority political issue. The opposition Congress party may have to respond with its own vision, and firms may wish to help the party develop this framework. Second, despite increased public investment in healthcare, Modicare does little to ease labour supply shortages in the healthcare sector. Indian officials have signalled an interest in solutions that limit the need for labour-intensive care, including telemedicine and automated diagnosis. Third, Modicare is in part an infrastructure program, but it looks primarily like a modernization drive rather than an effort to create new facilities. It is likely that these facilities will be research hospitals that will double as R&D and innovation centres that support India's growing industrial policy ambitions. With the broader localization trends we are seeing, partnerships with these facilities are advisable. Last, there may be an opportunity to align with Indian manufacturers, some of which are reportedly threatening to withhold support for the BJP. Unlike other markets where nationalism is a significant component of the healthcare industrial complex, India's health policies (e.g., overpricing) appear to be problematic both for multinationals and for local firms. It may be prudent to develop joint messaging with local players to force more industry-friendly policies, or at least processes, which thus far have been prescriptive rather than consultative.

America in crisis
SUBSCRIBE TO SIGNAL
LOUD WORLD. CLEAR SIGNAL. Signal is a newsletter on international affairs produced by GZERO Media four times a week. No jargon, no nonsense, no noise. Signal is a product of GZERO Media, a Eurasia Group company.