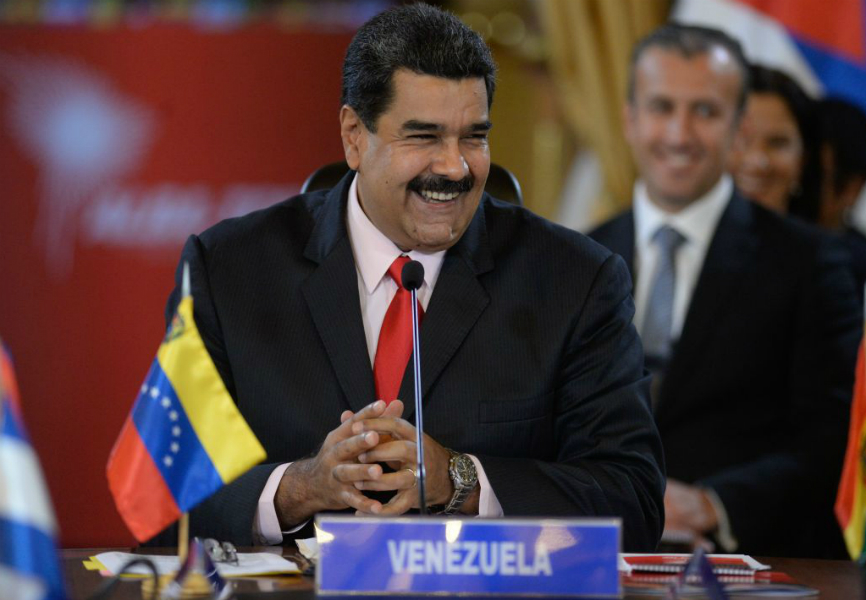 Venezuelan President Nicolas Maduro
Venezuela this week became the first country to launch a government-supported digital currency powered by blockchain, the technology behind Bitcoin. Its name is the Petro, and it is backed by Venezuela's massive oil reserves. Governments around the world want to capture some of the benefits of Bitcoin and rival cryptocurrencies for themselves, but the Petro is likely to struggle.

President Nicolas Maduro, who has held onto power despite a crashing economy, food shortages, and hyperinflation, has high hopes for the Petro. With the country's official currency, the bolivar, basically worthless after years of economic mismanagement, the crude-backed Petro could offer a more credible alternative.

Even more important from a political standpoint, Maduro hopes to raise hard cash—a commodity in short supply in his country—and skirt international sanctions. Traditional financial transactions rely on banks and the global payments system, which governments under sanctions can struggle to access. Cryptocurrencies are harder to catch. Blockchain technology, which replaces bank ledgers, means transactions can happen privately, without the need for a financial middleman. Petros could be a useful source of funds at a time when the US and others have choked off the supply of traditional credit to the government and its main source of revenue, Venezuela's national oil company, PDVSA.

So much for the theory. In practice, the Petro looks shaky. While the sheer novelty may attract some investors interested in owning a piece of Venezuela's oil future, it is unclear how the link between individual Petros and oil deposits is supposed to work. The chaotic handling of this week's launch, including an apparent last minute technical change that left even cryptocurrency experts confused, hardly inspires confidence that the government can handle the technical challenges of running a cryptocurrency. The opposition-controlled national assembly has already declared the Petro illegal, and the US Treasury has warned investors to stay away.

The Petro may not deliver the benefits that Maduro hopes, but countries such as Russia and Iran, which share Venezuela's interest in avoiding international sanctions, are likely to be watching closely—even if it is for clues about what not to do. Mohammad-Javad Azari Jahromi, minister of Iran's Ministry of Information and Communications Technology, tweeted this week that state-run Post Bank is working on developing a cryptocurrency.