From Brussels without love: Trump hits Europe at NATO summit

Eighteen months into his presidency, Donald Trump keeps setting geopolitical fires, and Europe keeps getting burned. This week's North Atlantic Treaty Organization (NATO) summit was no different. But why is Europe so consistently a target of Trump's ire? Let us count the ways.

Holding him back. In Trump's worldview, what holds the U.S. back from getting what it wants — and by extension, what Trump wants — is not the country's enemies but its allies. Enemies can be bargained with; allies apparently believe that they're entitled to concessions.

Aside from Democrats back home, Europeans are the ones most vocal against Trump following through on his natural impulses. Don't pull out of the Paris Agreement. Don't leave the Iran nuclear deal. Don't start trade wars.

Telling Trump not to do something is the closest people have come to figuring out how to get the mercurial Trump to do anything; the Europeans seemingly have yet to catch on.

Money matters. In NATO, Trump has found an international organization where the U.S. arguably really is providing more than its fair share. NATO countries agreed in 2014 that each would spend 2 percent of their GDP on defense by 2024; so far, only five of NATO's 29 members have met that target.

The U.S. currently spends 3.57 percent, by far the most of any member state. Further, given the U.S.'s unquestioned military superiority (the U.S. spends more on defense than the next seven countries combined), there is no NATO without the U.S.

More than any other multilateral organization in the world today, NATO is defined by the U.S. presence. That gives Trump leverage. And Trump is a man than understands leverage.

Trump only cares about headline wins. “I think NATO is much stronger now than it was two days ago,” Trump announced at the summit's concluding press conference. That soundbite alone made Trump's trip to Brussels worth it, and he was able to say it because he held Europe's feet to the fire by demanding other NATO members pay up. There are no headline wins in showing up to Brussels to keep a 70-year old alliance humming along.

Bashing NATO costs him nothing back home. Forty-eight percent of Americans say NATO doesn't do enough to solve the world's problems; another 30 percent say it does too little. Hitting NATO costs Trump very little political capital, and being friends with Europe is as establishment as things get for U.S. politicians. Hitting out at Brussels only enhances his anti-establishment credentials.

Europe won't hit back. One of the few other constants of Trump's foreign policy is his admiration for strongmen, politicians that make unilateral decisions and hit back hard.

While a trade war seems to be building between the U.S. and China, Trump is reportedly keen on keeping things with Chinese President Xi Jinping — who he obviously admires — on an even keel out of respect for him and what he's done in China.

Trump knows that pushing Xi too far might provoke a backlash against the U.S. Trump insults German Chancellor Angela Merkel…and nothing really happens. Part of that has to do with Merkel's placid disposition; part of it has to do with the EU structures and processes that bind the hands of European leaders.

Despite its economic heft, Europe is a much safer target than countries with leaders who have freedom to punch back hard.

From Brussels with love. For whatever reasons, Trump has shown himself to be much more inclined toward Russia's geopolitical ambitions and priorities.

Before leaving for this week's European trip, Trump declared that his meeting with Russian President Vladimir Putin would be the easiest of his overseas meetings. Based off the performance he just delivered in Brussels, he's probably right about that.

As European Council president Donald Tusk bitterly quipped a couple months ago: “with friends like these, who needs enemies?”

This article was originally published on The Hill.com 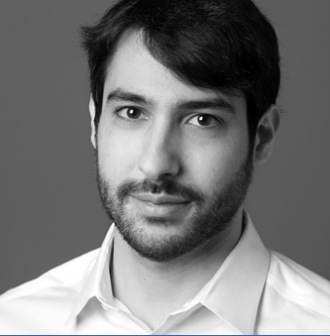 Leon Levy is an analyst in both the Global Macro practice and the Office of the President, where he works directly with Ian Bremmer and Willis Sparks on a variety of global projects.