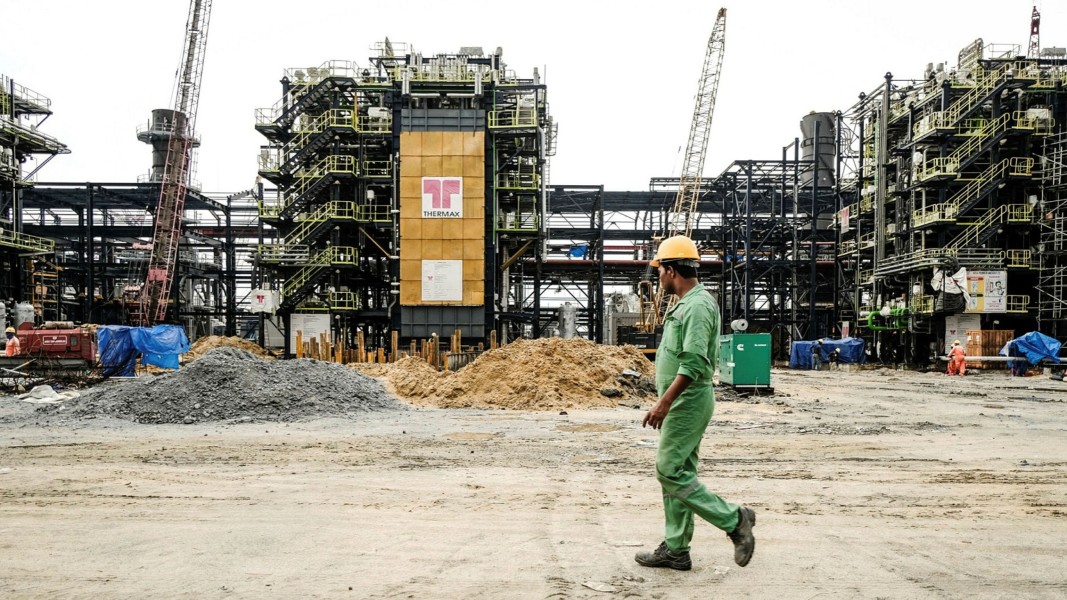 Drivers in Lagos last week were paying N162 ($0.40) per litre of petrol, among the lowest rates in Africa — beneficiaries of a fuel subsidy that costs the continent's biggest crude producer billions of dollars a year.

It was a reminder that while Nigerian president Muhammadu Buhari signed a big oil industry reform act last month — which dictates that fuel should be sold at market prices — little is likely to change soon in Nigeria's moribund oil industry, or the economy that relies on it.

The bill, first put forward more than two decades ago, will create separate regulatory bodies, commercialise the national oil company and bolster the nascent gas sector, moves the government say will help attract billions of dollars of new investment. In a concession to oil companies, which had long clamoured for more fiscal certainty, it will simplify and reduce some royalties and taxes.

But as the petrol pumps in Lagos made clear, the act, which came into effect upon Buhari's signature, may take years to be fully implemented.

After decades of calls for reform and business complaints about an opaque and unwieldy regulatory and fiscal structure, “at least now we have some clarity and semblance of direction for the industry,” said Kola Karim, chair of Nigerian oil company Shoreline. “It's some of the best news coming out of Nigeria.”

"Everything is going to be slow, because Buhari is slow"
Amaka Anku, Africa director at Eurasia Group


The reforms are a “dramatic raft of changes . . . meant to modernise and streamline all aspects of industry”, Fitch Ratings said in a note last month, adding that they would “greatly reduce the uncertainty in future fiscal governance . . . and provide foreign firms a stable basis for new licences and investments, reducing the long-term risks of fiscal and regulatory regime change”.

One provision in the bill creates a fund that would allocate 3 per cent of spending on oil projects to the communities that surround them, which could provide millions of dollars to areas that have been economically and environmentally devastated by the oil industry over decades.

But Fitch warned that “the impact [of the act] will depend on details of implementation”.

Amaka Anku, Africa director at Eurasia Group, said the bill should be positive for the industry. But she doubted the administration would be able to implement the entire bill within a year, as it has suggested, given how much discretion it grants to the country's oil minister — a portfolio held by 78-year-old Buhari, whose nickname “Baba Go-Slow” hints at his velocity.

“Everything is going to be slow, because Buhari is slow,” she said. While much has been delegated to junior oil minister Timipre Sylva, “because of the way bureaucracy in Nigeria works, he's not officially the minister, Buhari has to sign off. And you know how it goes, Buhari doesn't have a lot of energy and so when he has to sign off on everything, everything is going to be slow.”

The bill also underlines Nigeria's commitment to oil, which provides half its overall revenues and most of its foreign exchange, even as the wider world moves on and oil majors such as Shell, which had formed the bedrock of its industry, pull out of onshore developments.

“We're now faced with a world of decarbonisation, so investment . . . into the oil and gas sector is now even scarier,” said Karim. Nigeria is also no longer the only player in sub-Saharan Africa, he added, pointing to Senegal, Ghana and Ivory Coast. “Capital has a lot of choice in which market they go to,” he said.

But Mele Kyari, head of the state-owned Nigerian National Petroleum Corporation, said mid-level international oil companies had approached the country about investing, though he declined to name them.

“The exit of any one of our partners [Shell] doesn't exclude others coming in, and what we are seeing across the globe is middle-level players are coming into the industry very, very rapidly, so you don't have to be the big time player,” he said.

However ambitious the government plans, it is hamstrung by subsidies for imported fuel. The billions spent annually on keeping the fuel price low mean that any benefits from oil price rises are almost immediately cancelled out. Successive governments have shied away from removing the subsidy, fearing a political backlash.

The government's long-term aim is to render the subsidy moot by spending billions on domestic refining capacity, thus lowering the price.

It has also announced plans to spend $3bn to refurbish decrepit state-owned refineries and a further $2.7bn for a 20 per cent stake in a refinery being built outside Lagos by Africa's richest man, Aliko Dangote.

Kyari said the Dangote stake made commercial sense and dismissed critics' concerns that it was a bailout for the billionaire. It will be paid for through a $1bn loan from the Afrexim Bank and $1.7bn in crude oil. Dangote Industries declined to comment.

The Dangote refinery has “great potential and very positive economies of scale”, Kyari told the FT. “We believe that doing this will allow us to expand our portfolio and gain back value from this refinery, because we know that we can recover all our costs within three years.” But Cheta Nwanze, of Lagos-based consultancy SBM Intel and a frequent government critic, called the move “curious, especially since it has not become operational and has experienced all sorts of delays”.

Nigeria needs the combined refining capacity of its own refineries and the Dangote project to satisfy local petrol demand, Kyari said. The price tag for the refurbishment was less than building a new facility, he added. But critics say the decades-old refineries operate at less than 10 per cent capacity and are widely seen as outdated money pits. Whether their refurbishment will provide the supply that will render subsidies a thing of the past is unclear.

“It's ridiculous, because what are you refurbishing?” said Anku. “Those refineries from everything I understand . . . are just worthless.”
FT
FT