Eurasia Group | China’s Diplomacy Is Limiting Its Own Ambitions

China’s Diplomacy Is Limiting Its Own Ambitions 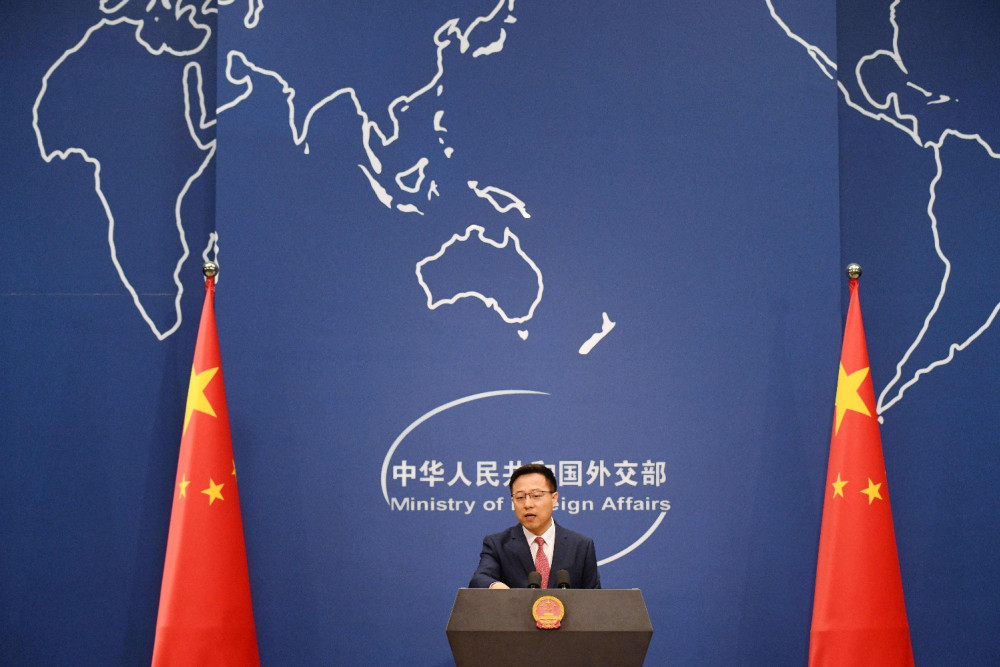 U.S. policymakers consider China's resurgence to be the greatest test yet posed by a rival nation-state to the United States' security and prosperity. The White House's Interim National Security Strategic Guidance concludes Beijing “is the only competitor potentially capable of combining its economic, diplomatic, military, and technological power to mount a sustained challenge to a stable and open international system.”

All four of those dimensions of power have grown in the last year. China is more central to the global economy than it was at the outset of the coronavirus pandemic in late 2019, and the International Monetary Fund projects it will grow 8.4 percent this year and 5.6 percent in 2022, compared to 6.4 percent and 3.5 percent respectively for the United States. By deepening its sway within core postwar institutions, such as the United Nations, and pursuing extra-system efforts, such as the Belt and Road Initiative (BRI), it is increasingly shaping both the architecture and the norms of global governance.

Military frictions are intensifying in the Asia-Pacific, and U.S. officials are increasingly focused on redressing U.S. vulnerabilities in potential South China Sea and Taiwan Strait contingencies. Finally, as China works toward achieving greater technological self-sufficiency, backing its vision with billions of dollars in state-directed capital, the United States is contending with the implications of a potentially bifurcated, if not further fragmented, technology ecosystem.

Yet the growing gap between Beijing's economic heft and its diplomatic aplomb will limit its potential influence. It is possible to imagine a scenario where China possesses the world's largest economy, by a considerable margin, yet finds itself even more estranged from the advanced industrial democracies that will still collectively account for the preponderance of economic power and military capacity.

China had a promising window in which to consolidate medium- and perhaps even long-term strategic advantages during former U.S. President Donald Trump's administration. Beyond undercutting views of the United States abroad, the administration's “America First” foreign policy often caught U.S. allies and partners in its crosshairs. Beijing had an especially compelling opportunity to strengthen ties with major powers in and beyond its neighborhood last year, when a pandemic, a recession, and protests against racial injustice were concurrently roiling the United States.

China did, of course, make some progress in expanding its influence during the Trump years. It concluded the Regional Comprehensive Economic Partnership, a trade pact that will deepen intra-Asian trade flows, and finalized the Comprehensive Agreement on Investment (CAI) with the European Union. It also continued adding countries to its roster of BRI partners and grew its technological footprint across the developing world; a recent study found Huawei has inked 70 agreements with governments or state-owned enterprises in 41 countries over the past 15 years, predominantly in sub-Saharan Africa, Asia, and Latin America.

These advances coincided with the emergence of China's more assertively nationalistic diplomatic tone, often referred to as “Wolf Warrior diplomacy” after Rambo-like movies of the same name, which feature Chinese fighters defending their country's honor. Particularly following initial international criticism of Beijing's early response to the COVID-19 outbreak, many Chinese diplomats began pushing back strongly against critiques of China's actions by highlighting other countries' shortcomings and touting Beijing's accomplishments. Chinese diplomats overseas have increasingly adopted this approach, including in interactions with journalists and on social media.

The Trump administration's headline-grabbing diplomatic style often gave cover to China's abrasive approach. In contrast, U.S. President Joe Biden's administration's steady, undramatic approach to repairing U.S. alliances and partnerships has shifted the diplomatic spotlight toward Beijing's conduct. It is not only the United States' disposition toward China that is hardening. The European Union is also taking a more skeptical look, having recently voted to freeze its review of the CAI until Beijing lifts sanctions on European parliamentarians and think tanks. Tensions with Canada, Australia, and the United Kingdom are elevated. Relations with India sharply deteriorated after bloody border clashes began last May. Japan and South Korea are reinvesting in strengthened alliances with the United States and are taking tentative steps to improve their own bilateral relationship. Finally, Taiwan's international stature has grown while its wariness of the mainland has risen.

With many of China's key bilateral relationships facing headwinds, democratic coalitions are mobilizing more actively. The Quadrilateral Security Dialogue arguably has more momentum than at any other point since its inception. NATO has grown more pointed in its criticisms of Beijing, with Secretary-General Jens Stoltenberg calling it “a power that doesn't share our values” in late March. G-7 foreign ministers issued a statement in early May expressing concern about China's repression in Xinjiang and Tibet, its erosion of Hong Kong's democracy, and its coercive economic practices. In an unprecedented step, Canada, the European Union, the United Kingdom, and the United States announced coordinated sanctions in March in response to China's mass internment of Uyghur Muslims.

China has lashed out in return, casting itself as the object of a containment campaign. Such messages play well to the public at home. But as political scientist Jessica Chen Weiss explained, they do not travel well abroad. And as China's leadership harnesses nationalistic sentiment, it simultaneously constrains its freedom of foreign-policy maneuvers. The kinds of recalibrations that might enable Beijing to stabilize ties with other major powers, after all, could be interpreted as the kinds of concessions to external pressure that Chinese President Xi Jinping has avowed a more confident and capable China no longer needs to make. That dilemma stands in contrast to the relative flexibility China's leadership enjoyed in the 1980s, when it was able to rescind many past territorial claims to settle long-standing border disputes with Russia and other countries.

The Chinese Communist Party's narratives feed growing Chinese nationalism. Xi stated in January “time and the situation are in our favor.” Chen Yixin, the powerful secretary-general of the body overseeing China's domestic security, rendered a similar judgment that same month: “The rise of China is a major variable [of the world today] … while the rise of the East and the decline of the West has become [a global] trend, and changes of the international landscape are in our favor.”

China's leadership is advancing two propositions: First, Beijing is inexorably moving to resume its rightful centrality within world affairs, rectifying an unjust strategic imbalance. Efforts to alter that trajectory will be futile and counterproductive. Second, a fading Washington is anxiously looking to maintain its present preeminence by obstructing China's resurgence.

Not all Chinese analysts are as bullish about Beijing's prospects, as one of us (Ryan Hass) concluded after conducting more than 50 hours of Zoom-based dialogues with Chinese interlocutors and completing a thorough review of recent speeches by Chinese officials and commentaries by Chinese scholars. According to Renmin University professor and government advisor Shi Yinhong, for example, “the appeal of China's 'soft power' in the world, the resources and experiences available to China, are quite limited, and the domestic and international obstacles China will encounter, including the complexities created by the coronavirus pandemic, are considerable.”

There are many reasons for Chinese observers to interrogate the assumption China will be able to sustain its present momentum indefinitely. Beijing's foreign-policy commitment to nonalignment limits its ability to form alliances and other trust-based relationships it can leverage to counter pressure from the United States and its friends. China's productivity remains low compared to developed countries, and it must contend with serious demographic issues as well as significant obstacles to achieving self-sufficiency in targeted areas like semiconductors.

Beijing is still on course to overtake Washington in overall economic size—adding considerable weight to its threats, implied or otherwise, against countries that oppose it, especially in the developing world. But aggregate economic heft does not immediately yield commensurate diplomatic stature. Although the United States overtook the United Kingdom in overall economic size in the late 19th century, it did not emerge as the world's preeminent power until the end of World War II. And the combined size of democratic economies will exceed China's gross domestic product for many decades yet, even in Beijing's most optimistic growth scenarios.

There are at least two clear policy implications. First, China's self-limiting diplomacy gives the United States breathing room to pursue a foreign policy that is informed but not governed by Beijing's resurgence. Washington should neither allow its response to Beijing's behavior to override its pursuit of other important foreign-policy priorities nor convey the impression China's decisions will determine how it renews itself at home and repositions itself abroad.

Second, even as it leverages China's strategic errors to renew its relationships with allies and partners, the United States must take care not to view China too narrowly within the frame of “great-power competition.” Washington should primarily engage its friends not around a country they aim to contest but around the outcomes they seek to achieve—foremost among them a post-pandemic order that can more effectively manage both short-term crises, such as COVID-19, and longer-term challenges, such as climate change. There are and will continue to be, after all, significant divergences between advanced industrial democracies' threat perceptions and policy priorities vis-à-vis China. Although shared concerns can impel coalitions, affirmative undertakings can more reliably sustain them.

One might counter the United States defined its foreign policy during the Cold War in oppositional terms, casting itself as the antithesis of the Soviet Union. Importantly, though, Washington challenged Moscow under the auspices of a broader, forward-looking effort: constructing an order to forestall the calamities that had made one necessary in the first place.

If, amid the triumphalism that attended the Soviet Union's fall, the United States was too quick to dismiss China's competitive potential, it may now be at risk of overstating it. Beijing is neither on the precipice of disintegration nor on a path to hegemony; it is an enduring yet constrained competitor.

U.S. efforts should proceed from both a clear-eyed recognition that strategic competition with China will persist over the long term and a dispassionate appraisal of Beijing's competitive strengths and liabilities. The United States can afford to approach that competition with quiet confidence. The more it concentrates on advancing an open and equitable society, restoring its democratic institutions, and maintaining its initiative on the world stage by galvanizing efforts to address transnational challenges, the better it will be able to demonstrate the strength of its own system. Prestige ultimately derives from performance. Improving the United States' performance at home and abroad should be the overarching focus of U.S. policy.