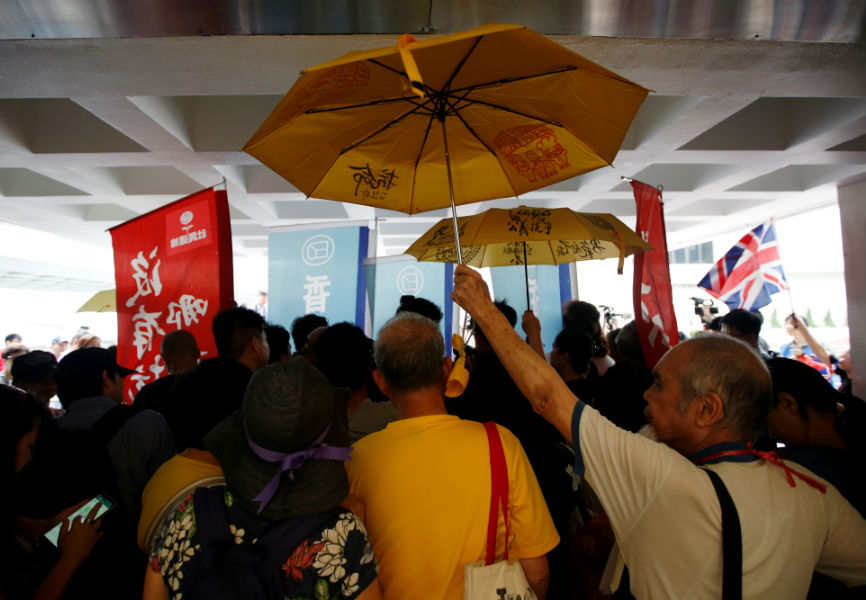 Supporters of Hong Kong's Umbrella Movement and pro-democracy activist Joshua Wong. REUTERS.
Hong Kong's citizens have taken to the streets in recent weeks to protest a proposed change to the city's extradition laws that would allow for the transfer of detainees to mainland China for trial.

They were further outraged by the April 24 sentencing of eight leaders of the 2014 pro-democracy Umbrella Movement to between eight and 16 months in prison.

Beijing claims that the change in extradition laws is aimed solely at fugitives from justice on the mainland, but for Hong Kong, they represent a further erosion of its independence.

There is good reason for citizens of Hong Kong to doubt Beijing's assurances. The past few years have seen an increase in extralegal extradition of both mainland fugitives as well as political protesters, most notably the staff of Causeway Bay Books in late 2015.

Beijing has also interfered in legislative, executive and judicial operations—blocking unfriendly candidates, pressuring local authorities to charge leaders of the 2014 pro-democracy Umbrella Movement, and limiting press freedom by denying a visa to a Financial Times journalist.

Hong Kong, which is a special administrative region of China, has enjoyed a measure of independence since the 1997 handover from the United Kingdom.

But Beijing, long irked by what has been a safe space to protest against the role of the Chinese Communist Party, has steadily chipped away at the protections guaranteed by the Sino-British Joint Declaration and guided by former Chinese leader Deng Xiaoping's principle of “one country, two systems.”

Beijing's designs go beyond easier extradition. Recent infrastructure and policy developments will continue to integrate Hong Kong economically and physically into the mainland.

The Greater Bay Area initiative will tie Hong Kong closer into Shenzhen and Guangdong, combining the city's financial expertise with the manufacturing power of southern China. Hong Kong officials are enthusiastic, but the business community and civil society—worried in part about further loss of autonomy—is much less so.

The extradition law, which local authorities remain committed to passing despite the protests, risks having a chilling effect that will spread beyond the city's borders.

China's use of political detention in the mainland, most recently in the arrest of Canadian citizens Michael Kovrig and Michael Spavor, could expand to Hong Kong, which serves as a transit hub not just for business and finance, but also for artists, writers, and political dissidents who have found some measure of protection in the city.

There is some leverage that can be applied internationally, although it is unlikely to move the needle. The US State Department produces an annual report for Congress under the 1992 Hong Kong Policy Act, which determines whether Hong Kong has maintained enough independence to qualify as a separate political entity for export control purposes.

If the State Department determines that Hong Kong has not maintained independence, the US could restrict exports to the city, particularly of sensitive technologies. This would be a symbolic blow that would also have an impact on Hong Kong's position in global finance and trade.

The UK, which governed Hong Kong for more than a century, would have to take the lead internationally in pushing back on Beijing's violations of the principles of the Sino-British Joint Declaration.

But as Brexit consumes British politics and trade officials look to China for trade and investment, it is unlikely that London will expend much effort to protect its former colony.

The departure of UK Defense Secretary Gavin Williamson, who had opposed Huawei's role in the country's telecommunications system, underscores the degree to which the U.K. is looking to curry Beijing's favor moving forward.

Hong Kong's independence will be challenged again in June, as the city marks the 30th anniversary of the Tiananmen protests. The recent outcry in Hong Kong shows that its citizens have not forgotten the promise or potential of democracy and self-governance in China. The international community should listen.

China’s Xi looks to take advantage of US in crisis: Eurasia Group’s Sumpter
SUBSCRIBE TO SIGNAL
LOUD WORLD. CLEAR SIGNAL. Signal is a newsletter on international affairs produced by GZERO Media four times a week. No jargon, no nonsense, no noise. Signal is a product of GZERO Media, a Eurasia Group company. 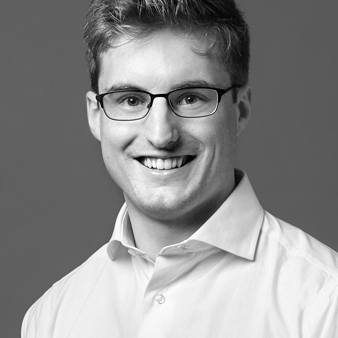