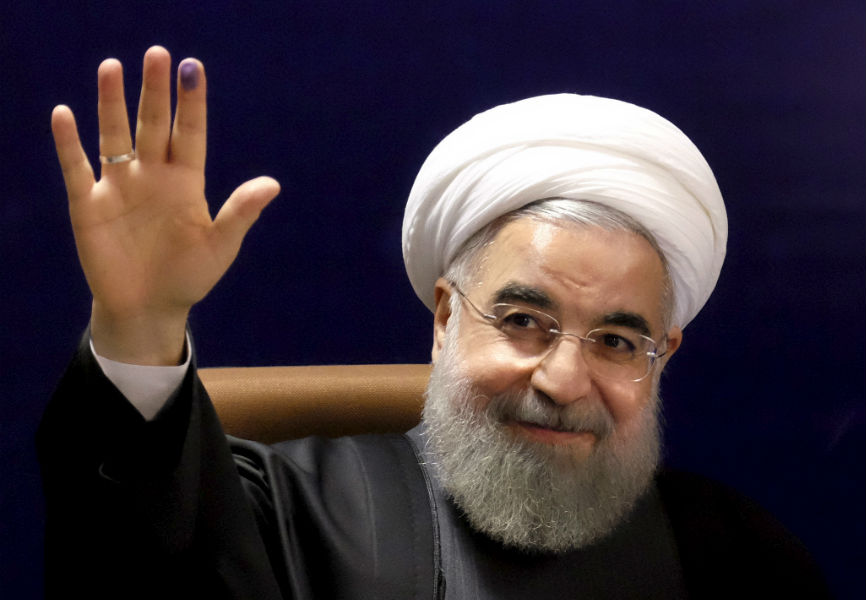 Iranian President Hassan Rouhani. REUTERS.
Iran's latest escalation—exceeding a key limitation of the 2015 nuclear agreement—continues its calculated, two-pronged strategy to ratchet up pressure on the US.

In the past two months, Iran or its proxies have allegedly attacked six oil tankers, shot down two US drones, and struck Saudi oil infrastructure. Meanwhile, Iran has taken a step-by-step approach to violating its commitments under the nuclear deal, provoking international condemnation and raising the odds of confrontation.

Iran's nuclear and regional actions have three goals: Between the lines

Iran's steps have been calibrated to avoid the immediate collapse of the nuclear agreement or a military response from the US or Israel. But, but, but

Despite Iran's deliberate approach, the danger of miscalculation is high. This article originally appeared in Axios.