Eurasia Group | Addressing Nature Loss in Asia: The Next Sustainability Challenge for Businesses 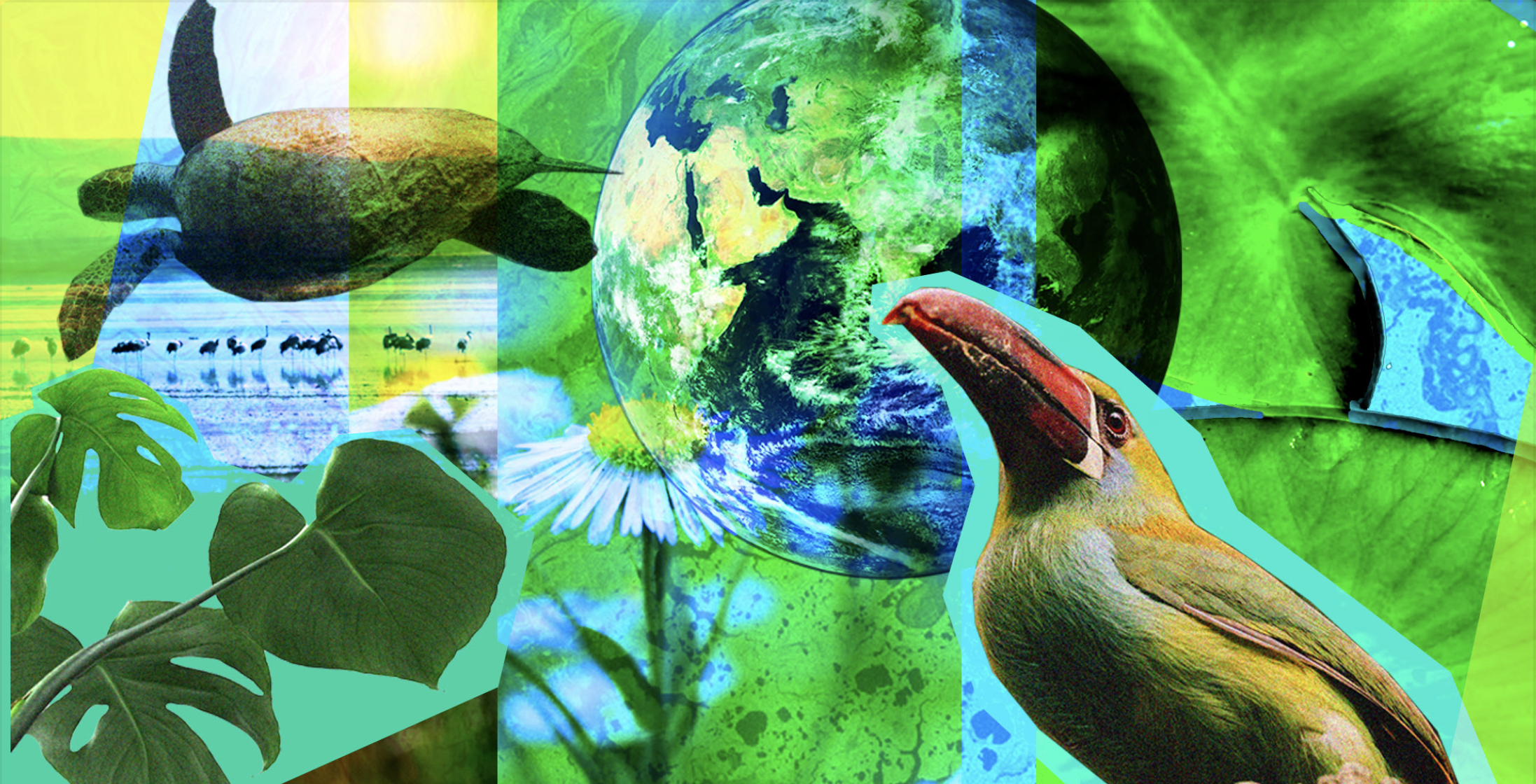 Biodiversity refers to the enormous variety and variability of life on Earth—in all its forms and at all levels, from genes to species. It is being lost at an unprecedented rate. Ecosystems are being destroyed at a scale never seen before, with scientists arguing that the sixth mass extinction may already be well underway. It is estimated that the world's biodiversity intactness is about 75% overall, significantly below the 90% threshold scientists believe is safe.

Human activity has already altered 75% of all ice-free land, while 85% of wetlands have vanished. In Southeast Asia alone, up to 42% of all species could be lost by the end of this century under a business-as-usual scenario. This destruction is of particular concern because biodiversity is critical for human livelihood as it supports food production, climate stabilization, and water purification. For instance, 1.6 billion people worldwide rely on forests to earn their living.

The concept of planetary boundaries can help the global community understand that the planet has a limit. Of the nine so-called boundaries, the two that are specific to biodiversity are among the most at risk and have already crossed their threshold, ushering in a new ecological era that poses existential threats to humans, species, and businesses (please see Figure 1). 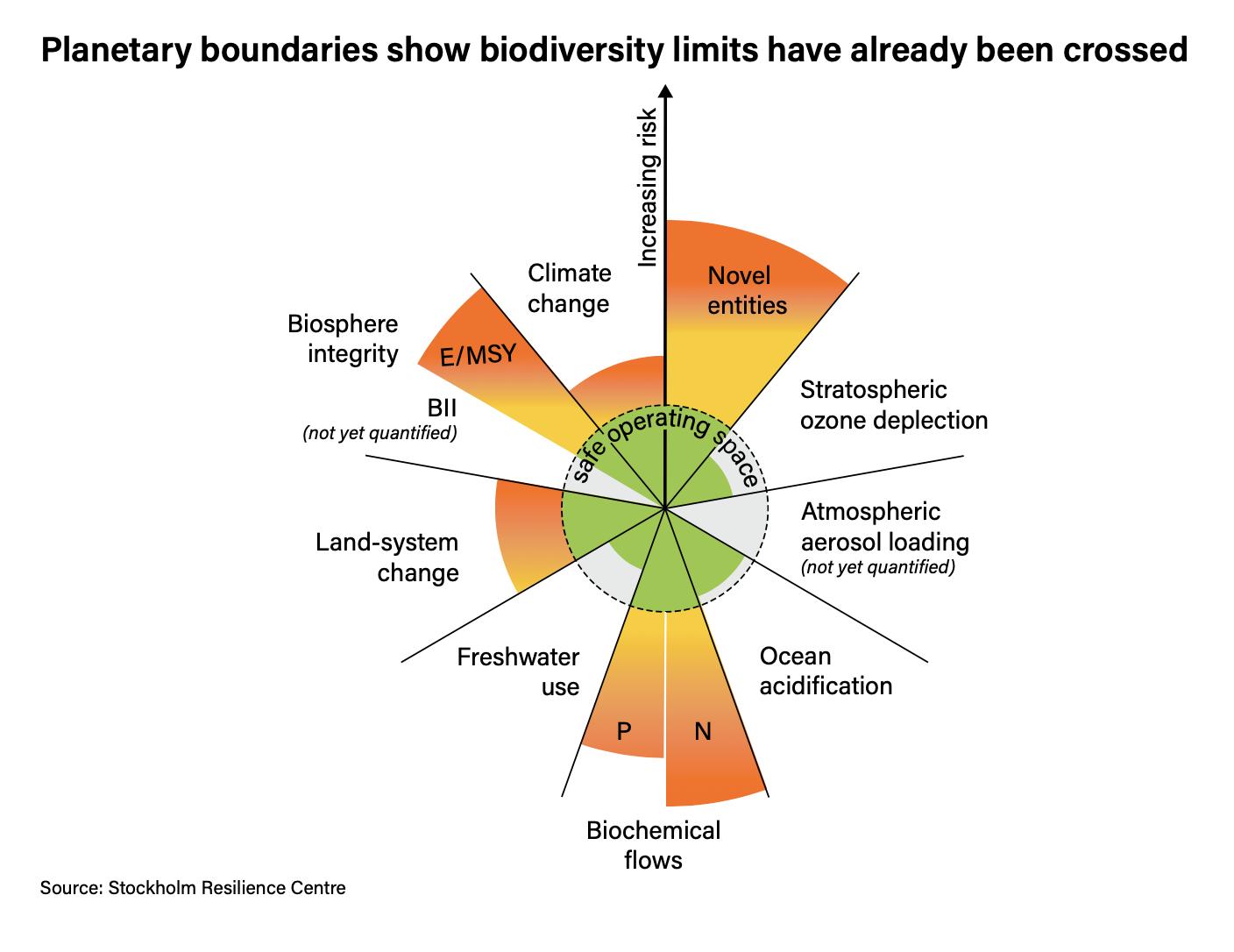 Reducing biodiversity loss to maintain a livable planet for future generations is crucial. In the globalized economy, however, people's dependencies on nature—which encompasses biodiversity but also geology, water, and all other inanimate components on Earth—are not adequately accounted for in the valuation of goods and services. Yet more than half of the world's total GDP—roughly $44 trillion—is tied into sectors that are moderately or highly dependent on nature. This includes the five industries driving most of the biodiversity loss: agriculture, fishing, infrastructure, extractive industries, and forestry.

The stakes are even higher in the Asia-Pacific, where nearly two-thirds of the region's GDP is at risk from nature loss. For example, 65% of China's total economic output is threatened by potential nature loss; yet rapid growth and urbanization have taken their toll on the country's natural ecosystems, with wetland areas declining by 9% in the past decade alone. Such continued erosion of nature and its services directly undermines prospects for long-term economic prosperity across Asia.

Perceptions and narratives pertaining to nature preservation are rapidly changing. Nature loss has historically been seen as a justice issue, putting vulnerable communities and future generations at risk. It is now increasingly viewed as an economic and financial issue, with direct and indirect impacts on business continuity, operating conditions, and perceived investor risk.

Recent dramatic events, including global forest fires and other environmental disasters, have fueled public interest in these matters (a so-called eco-wakening). Since the pandemic, growing evidence linking the spread of zoonotic diseases such as Covid-19 to ecological disturbance, land- use change, and global wildlife trade has further contributed to the eco-wakening. These recent developments helped spur local and national policy action on nature and are already affecting the ability of some businesses to maintain their social license to operate.

This awareness is also permeating the private sector. The 2021 World Economic Forum Global Risks Perception Survey recognized biodiversity loss as the third most severe risk this decade, only after climate action failure and extreme weather, placing it higher than risks such as erosion of social cohesion and infectious diseases.