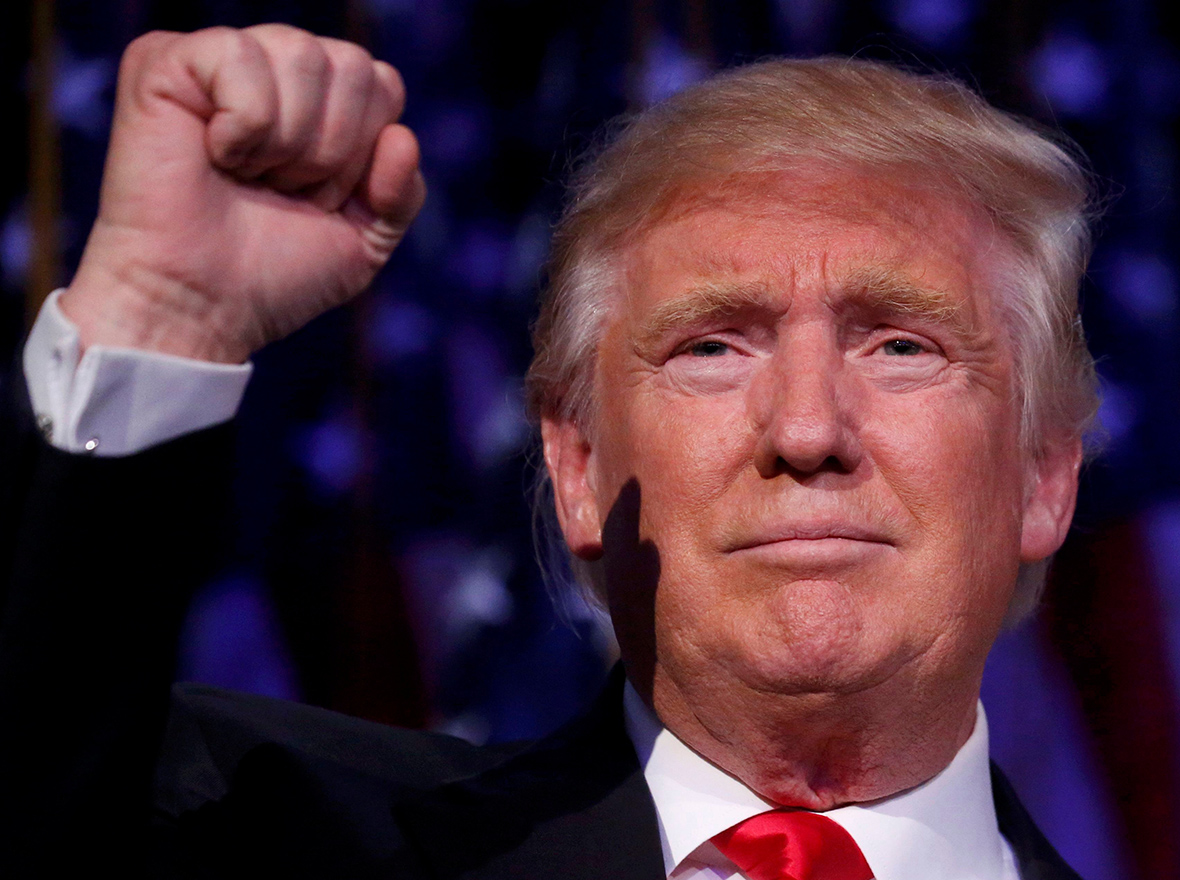 WHAT A TRUMP ADMINISTRATION MEANS FOR U.S. LEADERSHIP To say I'm surprised by Donald Trump's victory doesn't begin to cover the drama of last night's upset victory. It's a win by the most anti-establishment candidate either party has nominated since George Wallace's run in 1968, and paves the way for an unprecedented presidency of the world's only superpower.

I thought Trump was going to be defeated, for reasons I've made clear—the demographics behind the United States just aren't Brexit and Trump's lack of ground game and cash leading to low turnout. The reasons for his win overtook them: a populist surge against the most establishment candidate that could be fielded (Hillary Clinton) combined with even lower democratic party turnout; blossoming mistrust of entrenched leaders and institutions; and yawning inequality impacted only marginally by the recent economic rebound. I'll write more about that in coming weeks.

But it's the global impact that I'd like to assess right now. And I'm much less taken aback by the geopolitical implications. A Trump presidency will bring major changes globally, but the most important will be long-term and chronic rather than acute.

Since the 2008 economic crisis, it's been increasingly clear that the world is heading into profound (and longer-term) geopolitical recession, a G-Zero world as I've called it, where there's an absence of global leadership. Two terms of an (eventually, reasonably popular) Barack Obama administration did nothing to ameliorate those trends: American allies around the world grew only more concerned about us commitments to their relationships and the broader institutions and values that underpinned them. American frenemies and adversaries saw more room to operate and develop regional and thematic (economic, infrastructure, diplomatic, and in some spaces security) alternatives to us leadership.

All of that is now set to expand dramatically. In short, a Trump presidency means the most significant hit to American power and leadership globally since the collapse of the Soviet Union. It means a great deal more G-Zero. It does not necessarily mean the us will decline as a marketplace per se—the comparative geopolitical stability of the western hemisphere, the decentralization of political power in the united states, and the intrinsic advantage of leading the world in a technology-driven marketplace are significant counterweights to the uncertainty of insularity of a Trump administration. But America's footprint as the world's leader, and the role of Americanization in a globalized world, now pass the point of no return.

There are three aspects of American leadership that will be affected by the Trump administration and a growing G-Zero: the United States' role as world policeman, architect of global trade, and cheerleader of global values. Let me address each here.

Despite the fact that Trump has been extremely outspoken in his opposition to America's providing blank check security for others around the world, this is the role of American power that is likely to change the least over the course of a Trump administration.

Part of that is Trump's focus on hard power and national security. Whether it's fighting ISIS, surveillance, or border security, Trump wants to be seen as projecting strength around the world and intends to expand spending on U.S. defense. While decisions of how to use military power to respond to national security challenges will be more unilateral under a Trump administration (and, indeed, we've already seen much of that under President Obama), overarching American objectives on many of these fronts—terrorism, cybersecurity, non-proliferation—will remain at least reasonably aligned with core American allies in Europe, Asia and even the Middle East.

The United States already spends more than the next eight countries combined on defense. There's no global challenger on the horizon other than Russia, and Trump will look to work more closely with the Kremlin, taking a near-term Moscow risk off the table.

Traditional alliances will be more directly questioned, as the United States pushes core NATO and Asian allies, largely unsuccessfully, to dramatically ramp up their own defense expenditures to support the relationship. NATO will weaken in that environment, while the Chinese will look to create alternative Northeast and Southeast Asian security architecture that focuses on more bilateral relationships (that have a more directly hybrid economic and industrial/infrastructure component). But the biggest defense relationships are reasonably sticky and tend to shift over decades, not years, because of the size and duration of defense spending, interoperability of defense systems, and the identification and development of national security doctrine. That's less true of lower-tier allies, who will feel a greater need to hedge away from the United States—in Africa, the Middle East, and Southeast Asia. And US engagement in providing public security goods as in UN peacekeeping will suffer. But overall, while a Trump administration is a challenge to global security issues, it doesn't suddenly upset the apple cart.

America's role in global trade is a different story. Trump and his entire economic and international policy team have been consistent in believing that trade and globalization have come at the direct expense of American workers, and that global trade needs to be substantially revised accordingly. They promise that doesn't mean he's opposed to trade deals, but they have to be “better deals,” which means an end to existing deals on the table.

The Transpacific Partnership (TPP) is a dead letter in this environment, as is the Transatlantic Trade and Investment Partnership (TTIP), already on life support. A Trump administration will play winners and losers with the bully pulpit in an effort to use American leverage and power to get us companies to bring more investment back in the states, and to convince other countries to end what he considers unfair trade practices.

We're much less likely to see the large-scale tariffs that Trump has threatened against key US trade partners like China, Japan, and Mexico. That's in part because of the extremely powerful vested interests that support avoiding such tariffs within congress and in the private sector. And in part because of the immediate knock-on damage that such steps would have on the American economy.

This raises a set of real risks around policy execution not only on trade but on the dollar, on interest rates, and other facets of economic policy. The inherent conflicts between the broad-brush strokes laid out during the campaign (with minimal staff and policy support behind it) and the actual republican establishment policy framework built up over several decades will create real problems around policy formation, execution, and communication.

Unlike on defense policy, which can run more or less on autopilot, global trade requires a more proactive American leadership role to be effective. Especially in the context of an extremely active and state capitalist China, soon to be the world's largest economy, which is prepared to spend money to create alternatives to US-led trade architecture. We're likely to see much more rapid hedging from key American allies all over the world on economics under a Trump administration, with a more rapid overall fragmentation of the global trade environment. Core economic sectors will become more “strategic” and accordingly more politicized… and less global. Technology is particularly likely to be impacted in this environment, given the rapidity of the change and the scope of the Chinese spend.

By far the biggest change in America's global role is the one that's hardest to put a dollar value on: the role of American values and the overall importance of America leading by example.

Trump's view of international relationships comes from his background as a businessman—they're transactional. Russia and Turkey are no less important intrinsically as potential interlocutors than traditional allies like the United Kingdom and Japan… it all depends on the terms of what they're offering. The structure of their political and economic systems, human rights and the like aren't important.

But it's precisely the role of American values that most underpinned its strength as the world's superpower. Other countries' willingness to follow the United States… and America's ultimate victory over the Soviet Union, came from the willingness to believe that there was indeed something both exceptional and indispensable about American power. that view has already eroded dramatically over the past decade—a core fact of the G-Zero—but President Trump intends to upend it.

To the extent that there's a significant long-term impact on the United States itself, that's where it comes from. As belief in the US dollar is ultimately a complex set of equations that has both economic foundations as well as political and social ones. The former isn't under question, this election notwithstanding. The latter truly is. And it will play out well beyond the years of a Trump administration.