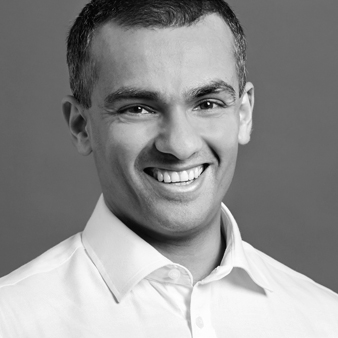 Rohitesh is lead climate & ESG analyst in the firm's Energy, Climate & Resources group. He specializes in the extractives and natural resource sectors, and his areas of focus include national and international climate policies, new energies, social and community development strategies, and just transition issues. In addition, Rohitesh is one of the firm's top global macro speakers. He is particularly known for his insights on the impact of geopolitics on trade and development in emerging markets.

Prior to joining Eurasia Group, Rohitesh worked with Yvo de Boer, former executive secretary of the UN Framework Convention on Climate Change. He has been named by the Mail & Guardian as one of South Africa's climate change leaders for his work with the country's mining industry. He is frequently quoted by  major news outlets including the BBC, Bloomberg, the Wall Street Journal, Forbes and CNBC.

Rohitesh holds a master's degree in environmental change and management from the University of Oxford and a bachelor's degree in economics from Rhodes University in South Africa. He has served on the World Resources Institute's Technical Working Group on Greenhouse Gas Emissions and the National Business Initiative's Advisory Committee on Climate Change. He is a Raisina Fellow, a Fellow and Senior Faculty member of the Africa Leadership Initiative, and co-founder and chairman of BecomingX, a nonprofit delivering character education training and experiences to young people around the world. In his free time, Rohitesh enjoys exercise-induced suffering, especially long-distance running.